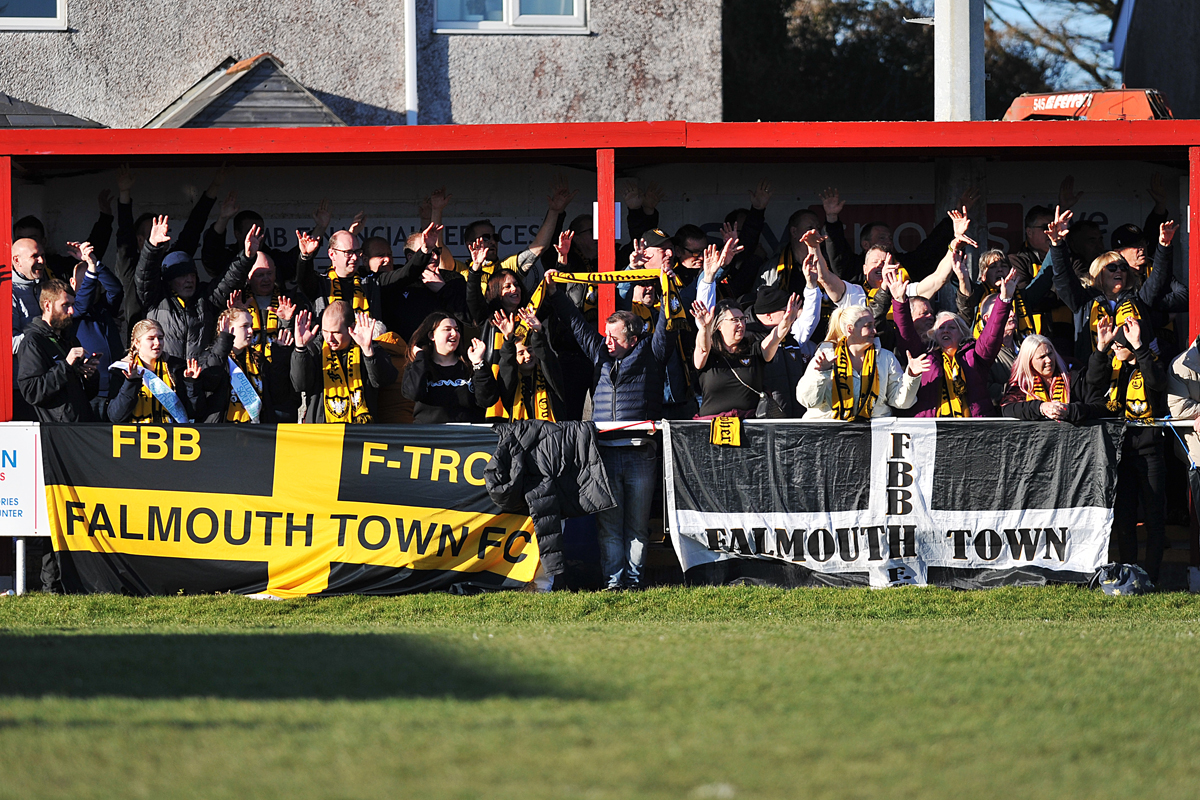 Defending champions Town take on the Reds at Wadebridge Town’s Bodieve Park on Tuesday night, with victory putting Andrew Westgarth’s side one game away from successfully defending the crown they won in 2019.

The winners of Tuesday’s tie will face the winners of Wednesday night’s second semi-final between Saltash United and Wendron United in the final on Easter Monday.

Speaking ahead of the game, Town manager Andrew Westgarth said: “It’s one the supporters all love and I think other counties don’t hold it in such high regard, but the Cornwall Senior Cup is the one all the managers in Cornwall want to win. It should be a good evening and hopefully one to look back on with fond memories.

“We know that anything can happen in a semi-final. It’s always tough in a semi-final because they’re really horrible ones to lose. At least if you get to the final you’ve still got your day out, whereas in the semi-final you’re so close.”

Simon Westlake’s Dobwalls are nicely positioned in fifth spot in the west division having won 15 of their 23 games so far this term.

Kelvin Fyneboy is their leading scorer, with the lively forward’s 21 goals in 23 games placing him sixth in the division’s goalscoring charts, behind only Callington Town’s Luke Cloke, St Blazey’s Liam Eddy, Liskeard Athletic’s James Lorenz and the Town duo of Luke Brabyn and Jack Bray-Evans.

Dobwalls booked their place in the semi-finals thanks to a stunning 4-2 win at home to Western League outfit Millbrook in the previous round. After squeezing past Penryn Athletic on penalties, Westlake’s side put four goals past their higher division rivals, who had conceded just twice in their previous nine games at the time.

The Reds’ most recent run-out, however, was a surprise 4-1 defeat at home to Wadebridge Town on March 5. Matt Lloyd scored twice for Paul Rowe’s men at Lantoom Park with Kyle Flew and Sam Wickins completing the Bridgers’ victory. Baga Mariko’s strike provided scant consolation for the east Cornwall side.

Town are set to host Dobwalls in their final league game of the season on April 30, and they ran out 4-1 winners when the teams met in the reverse fixture at Lantoom Park in September. Brabyn bagged a brace for the visitors, with Luke Barner and James Ward also netting for Town, while Aaron Hulme replied for the home side.

“Dobwalls themselves have had a half-decent season and this will make their season if they can get to a Senior Cup final for the first time in the club’s history,” Westgarth said.

“It’ll be an unbelievable achievement so they’ll be well up for it. It’s just important we don’t look too far ahead and just focus on the game.”