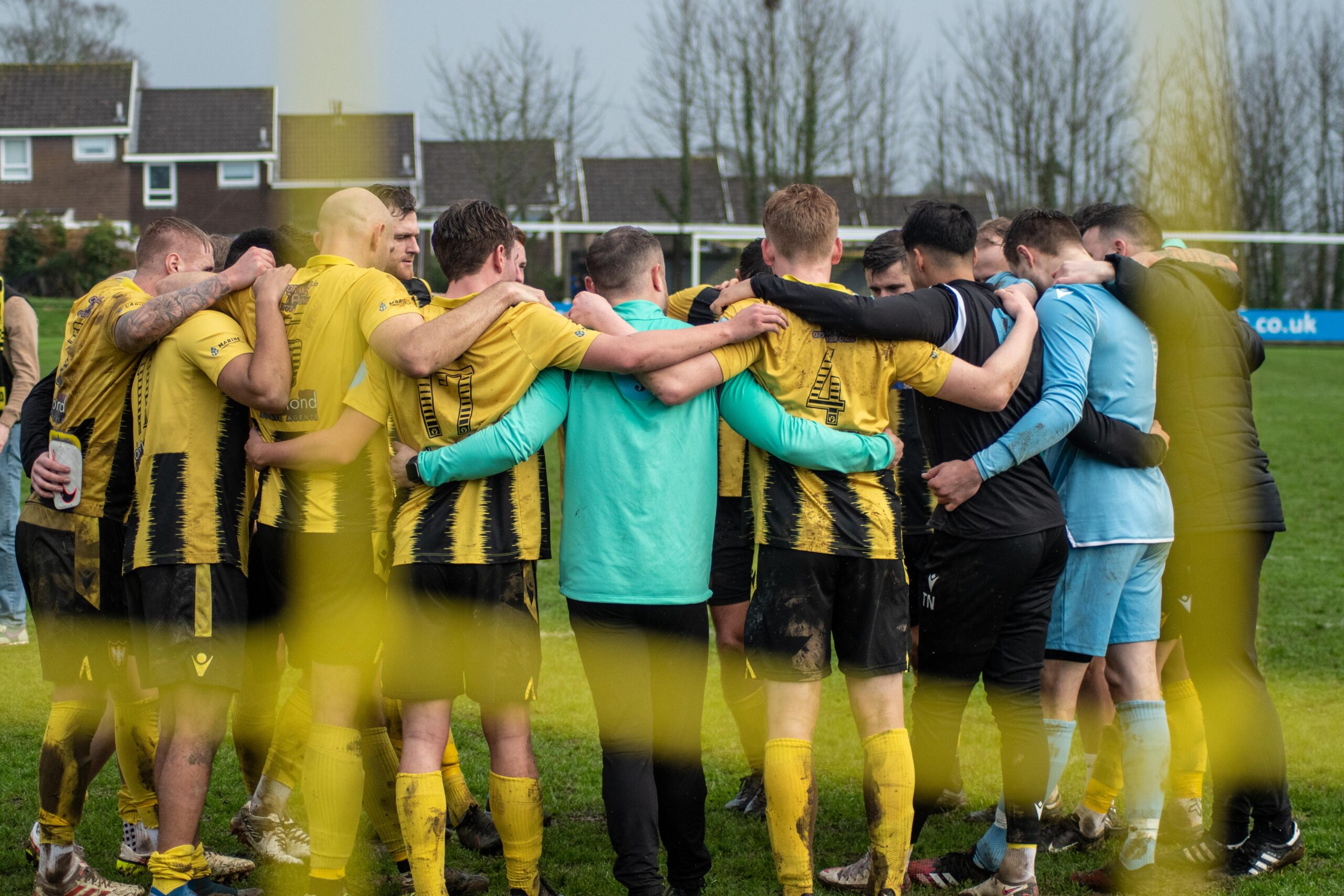 Falmouth Town manager Andrew Westgarth is hoping his side can ‘bounce back’ from last week’s League Cup loss when they visit Bodmin Town this weekend.

South West Peninsula League west division leaders Town head to Priory Park on Saturday for their first league game of 2022, with the unbeaten visitors hoping to extend their winning run since the start of the season to 19 games.

The match comes seven days after Town suffered only their second defeat of the season in all competitions, as Westgarth’s side were dumped out of the Walter C Parson League Cup at east division table-toppers Okehampton Argyle.

“It’s an important game,” Westgarth said. “I think after you suffer a defeat it’s how you bounce back. After the Buckland game we were obviously disappointed to lose our first game [of the season], but there was always talk of ‘how do we bounce back?’ and we played Camelford and responded really well, so I’m expecting the same response on Saturday and the boys can put to bed the disappointment of last Saturday.”

Darren Gilbert’s Bodmin come into the game off the back of a 3-0 defeat at Liskeard Athletic, a result which ended their three-game winning run in all competitions, which had been a welcome run during what has been a tricky campaign for Gilbert’s side.

The experienced Bodmin chief has been beset by a high player turnover this term, with recent loan signing George Tucker’s swift switch to Tavistock just one example of what Gilbert has been faced with this season.

Dan Jennings has been one regular presence for Bodmin this term, with his tally of 18 goals in 16 games putting him fourth in the division’s goalscoring charts.

“A lot has been written about Bodmin this year and the turnover of players has been probably something the league has never seen before – you never know what side they’re going to play,” Westgarth said.

“That being said, if you look at their results, they haven’t really been on the end of a hiding in any game, they’ve all been close games, so it’s going to be a tough game regardless of what side we’re going to play. You have to give Darren [Gilbert] his dues, he always gets a team together.”

You would be a brave person to bet on the game being a goalless draw, with some 15 goals being scored in the teams’ other two meetings this season.

Luke Barner, James Ward, Luke Brabyn and Andreas Calleja-Stayne all scored as Town came from 2-1 down to triumph 4-3 in the reverse league fixture at Bickland Park in September, while a brace from substitute Tim Nixon helped Town run out 5-3 winners at Priory Park in the Cornwall Senior Cup second round in November.

David Broglino (2) and Jack Bray-Evans had given Town a 3-0 lead in east Cornwall before a Tornado Bello strike and Dan Jennings’ double levelled the tie in double-quick time, before Nixon struck twice to rescue Westgarth’s side.

“I think they’ve been significant games for us as well,” Westgarth said. “The first game we were 3-2 down at Bickland and I think we showed great character to come back into that game and obviously go on and win it – that was a bit of a significant result for us at the time.

“The cup game was another game where we got off to a great start, then questions were asked of us and then they had a mad 20-minute spell where they got back into the game at 3-3, but then we showed our class to go and win the game 5-3. They were poignant moments of the season for us and really shaped our season.

“Obviously, since then we’ve gone on an unbeaten run and that result at home was probably the springboard for that, and it’s the same with the Senior Cup result – we’re now in the semi-finals.”