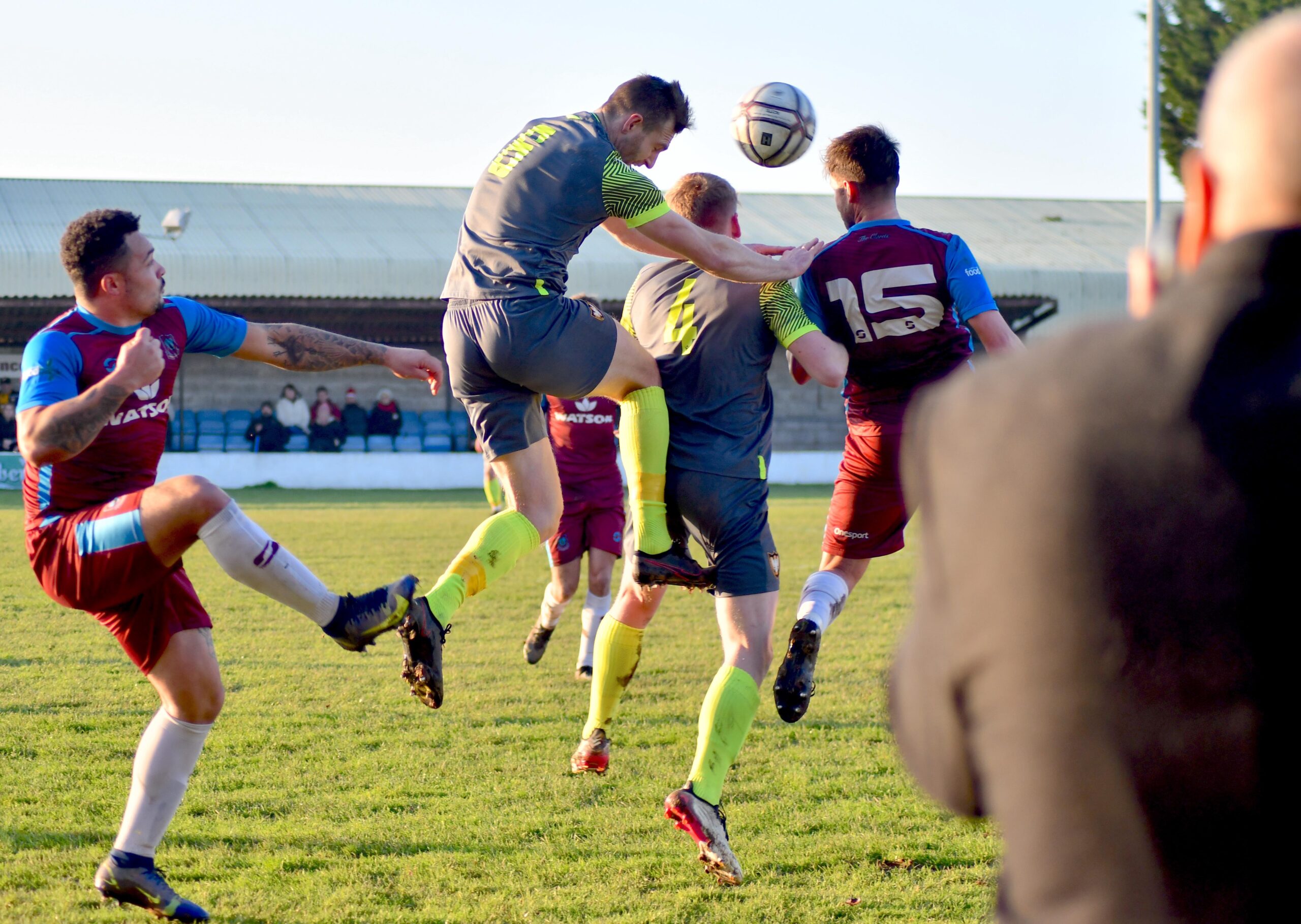 Falmouth Town boss Andrew Westgarth felt Saturday’s 3-0 win at Launceston was one of his side’s best performances of the season.

Town scored three goals without reply in north Cornwall to record their 17th win of the South West Peninsula League Premier West season and extend their lead at the top of the division to 14 points.

After a cagey first 25 minutes it was Jack Bray-Evans’ tenth goal in 11 games for the club that gave Town the lead ten minutes before half-time.

Divisional top-scorer Luke Brabyn notched his 18th of the campaign and 23rd in all competitions early in the second half, before Olly Walker wrapped up the win in the 84th minute.

“I thought it was one of our best performances,” Westgarth said at full-time. “For 90 minutes we looked composed and solid at the back. I thought all game we defended really well.

“[It was] a really, really good performance away from home and I’m delighted with the clean sheet.”

Reserve team goalkeeper Zack Telling was the man between the sticks as Town secured their fourth clean sheet of the season and first in 11 matches.

Telling made the step up to cover the absence of regular stopper Ryan Barnes, and Westgarth was delighted with his understudy’s display.

“I’m so proud of Zack today,” he said. “It’s a really difficult position, the goalkeeper – the guys in front are used to a routine and I thought Zack was excellent all game.

“Credit to the second team and it’s credit to the club that he can come in seamlessly – he was excellent.

“We had no Broggy [David Broglino] and no Scotty Kellow so we had to completely shuffle the pack in midfield, and I thought Jack Webber was absolutely immense today as well, a great performance from him.”

The win did not only extend Town’s faultless run in the league this season to 17 games and counting, but it set a new club record for consecutive league wins of 22 games.

The run began with a 7-0 victory over Godolphin Atlantic at Bickland Park in October 2020 and has seen Town beat 12 different teams, netting 93 times and conceding just 19.

It eclipses the previous record set in the 1973/74 season, when Richard Gray’s side enjoyed a 21-match streak in the South Western League. Town were unsurprisingly crowned champions that season and were promoted to the Western League for the first time in their history.

“I’m absolutely delighted to break the club record and I’m very proud of the achievement and very proud of the lads,” Westgarth said. “There were question marks on it because we did beat Porthleven, but obviously that game is now null and void.

“The boys should be really proud and no matter what level of football people play at, if it was that easy everyone would have done it, so it’s a great achievement for everyone.”