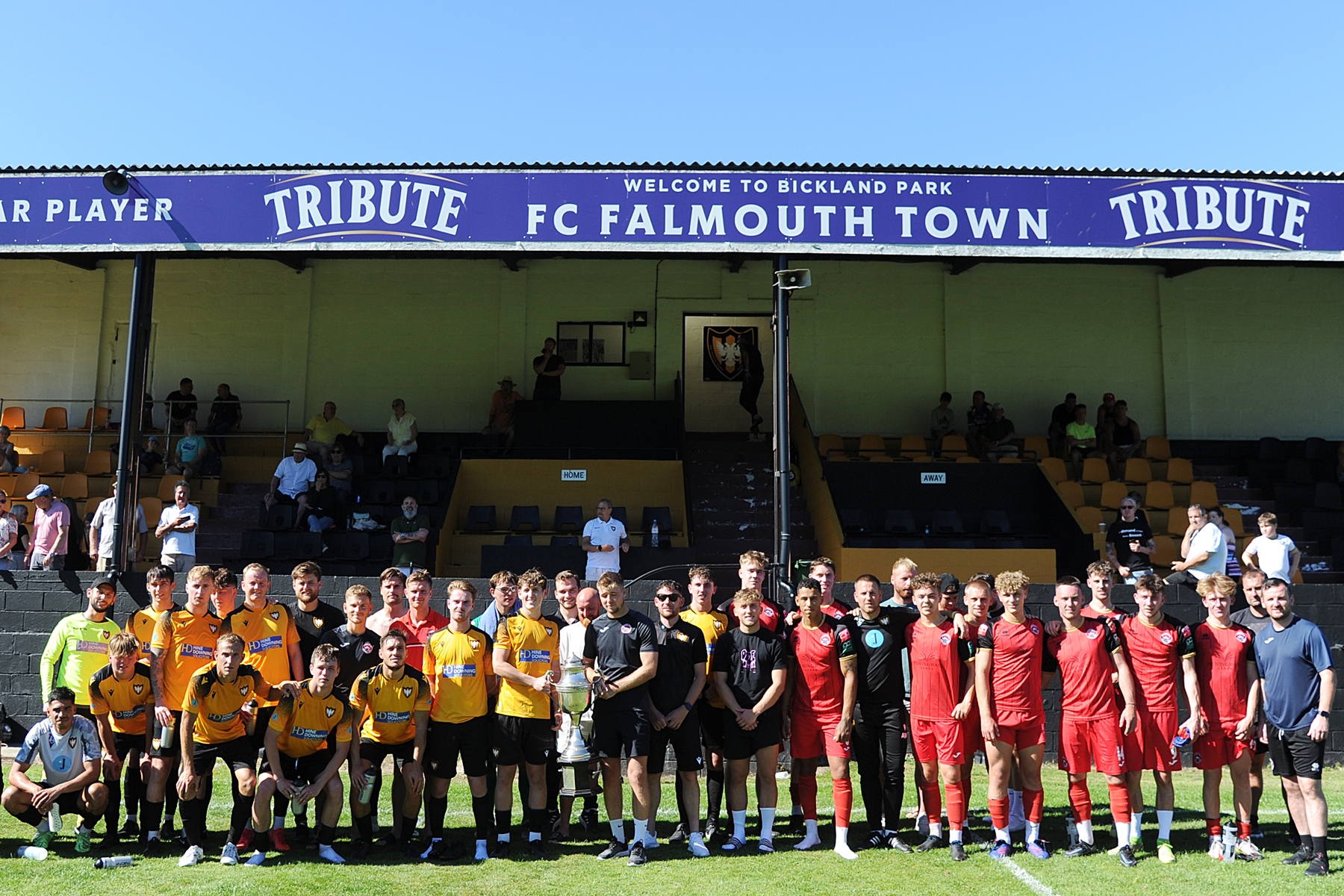 Harvey opened the scoring from the spot at Bickland Park after 20 minutes after Rocky Neal went down under Ryan Barnes’ challenge before the same man doubled the advantage a few minutes later with a sublime effort from outside the box.

Neal made it three shortly before the interval after finding plenty of space to head home Shane White’s cross, with substitute Jacob Grange adding a fourth with another excellent finish three minutes into the second half.

The several hundred Town supporters did have a goal to cheer ten minutes from the end thanks to substitute Jack Bray-Evans’ powerful strike, before Grange finished off the scoring in the final minute of the 90 with a close-range header.

The result means City retain the Aubrey Wilkes Trophy with Paul Wotton’s side extending their run of victories in the annual challenge match to four, with Town’s last triumph coming in 2018, when they won 2-1 at Bickland Park.

Truro opened the scoring in the 20th minute in controversial circumstances, with Neal going to ground under the challenge of Barnes as he attempted to meet a through ball, with referee Tim Burley immediately pointing to the spot.

Barnes expressed his displeasure with the decision, but merry whistle blower Burley was not about to change his mind.

Barnes was able to get a hand on Harvey’s spot-kick, but the effort proved too powerful as it nestled into the bottom corner of the net.

If Town could have felt a little aggrieved about the opening goal, they had to simply acknowledge what was an excellent second strike a few minutes later.

The White Tigers’ second of the day began as a nice team move, with new signing Dan Sullivan feeding the ball to Neal who held it up for Harvey.

The former Plymouth Argyle man took over from there, with the City man, stood more than 20 yards from goal, drilling the ball out of Barnes’ reach and into the bottom corner.

That, it would turn out, wasn’t even the pick of the bunch, with former Wendron United and Mousehole youngster Grange taking that accolade.

The midfielder, who ended last season with Newquay, entered the fray at the start of the second half and bagged his wonderful opening goal barely three minutes later.

Using his first touch to control Shane White’s excellent through ball, Grange, positioned inside the box with his back to goal, quickly swivelled his body and volleyed the ball into the far corner with Barnes rooted to the spot.

Bray-Evans back among the goals

Town’s band of supporters did at least have a goal to cheer, with Bray-Evans firing in a delightful consolation for Andrew Westgarth’s side ten minutes from time.

Last season’s top goalscorer Bray-Evans was limited to an appearance off the bench after feeling ill earlier in the week, with the sharp-shooting forward coming on in place of Tim Nixon in the 61st minute.

And he quickly picked up where he left off at the end of the previous campaign with a fine finish, breaking free down the left flank before rifling a powerful, low shot past City gloveman Morgan Coxhead inside his near post.

Bridgers up next for Town

The defeat follows a 5-0 loss at Southern League Division 1 South outfit Tavistock last week in what has been a testing start to pre-season against higher-division opposition.

Town are back in action on Wednesday night when they visit South West Peninsula League Premier West side Wadebridge Town (ko 7.45pm), before returning to Bickland Park next weekend when they entertain Sidmouth Town of the SWPL Premier East.