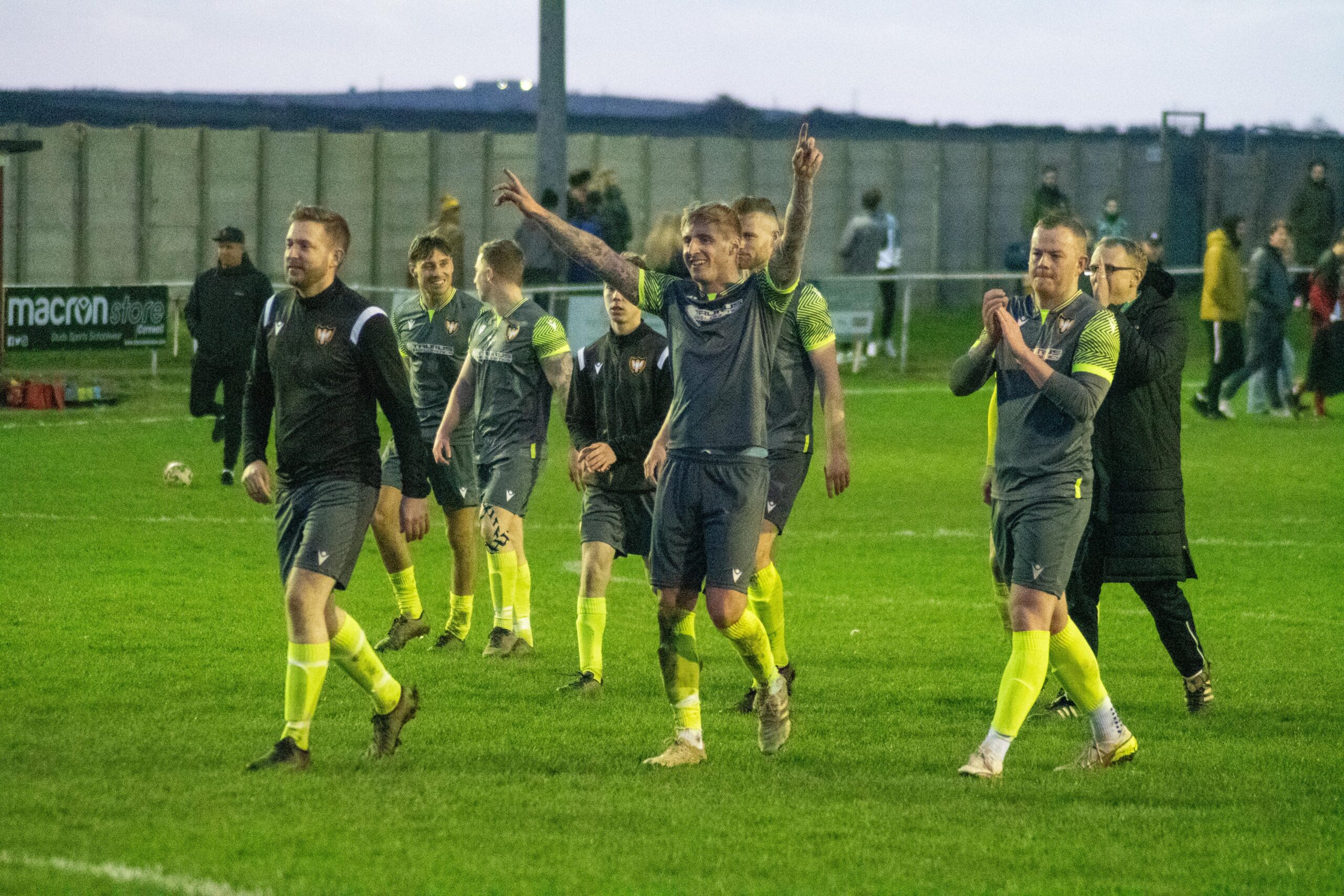 Falmouth Town manager Andrew Westgarth was pleased with how his side dominated as Town defeated Newquay to book their place in the Cornwall Senior Cup semi-finals, running out 4-0 winners at Mount Wise.

James Ward’s ninth of the season got Town off to a fine start early on before Jack Bray-Evans doubled the advantage against his former side midway through the opening period.

Luke Brabyn missed the chance to seal victory from the spot after Tom Whipp had been sent off for handball, but substitute Jack Bowyer and centre-back Toby Clark netted in the final minutes to wrap up an impressive victory for the 2019 champions.

“It was a highly emotionally charged game with a lot of unnecessary needle and I thought we dealt with it really well,” Westgarth said at full-time. “I think if you look at the actual footballing side of the game I think we dominated. They had one shot on target – a free-kick that Barnesy [goalkeeper Ryan Barnes] saved.

“I think they caused a few problems in the first 20 minutes of the second half and there was a bit of needle and it was stop-start due to the tackles from both sides, but I thought overall we had so many chances: it was 4-0, we missed a penalty and we’ve had multiple chances at the end.

“The sour note was the abuse that was directed at Jack Bray-Evans and our supporters. There’s a fine line between being passionate and respectful [or abusive] and some of them crossed that line today.”

Town attacked from the get-go at Mount Wise and were rewarded with the opening goal in only the seventh minute, with Ward rising highest to nod home from David Broglino’s corner kick.

“It’s what we’re about – Wardy was great in the air and Broggy with a great set piece,” Westgarth said. “It gave us a real platform to go on and settle us down. I thought Jack Bray-Evans took his goal really well and at 2-0 at half-time I thought we were in cruise control.

“The second half was a bit different and they caused us a few problems but we dealt with everything they threw at us. It was comfortable in the end.”

Newquay put up a much greater fight in the second half with Ryan Barnes making an excellent save to tip Tom Shepherd’s free-kick over his crossbar, but a handball in the other penalty area from former Town skipper Whipp led to his dismissal and put paid to any hopes of a comeback from the hosts.

“It deflated them because they huffed and puffed, they had a lot of the ball in the middle of the park, but they had no real quality up front so the ball was coming back a lot and I thought we dealt with it.

“It was a stonewall red card, but the disappointment was Brabyn missing the penalty. You’d normally put your mortgage on him scoring that, but it just wasn’t his afternoon today, but it’s cup football and we’re just delighted to get through.”

Brabyn may have missed the chance to kill the game off once and for all from the spot, but substitute Bowyer was on hand to do the trick, nodding in from Luke Barner’s cross to secure victory mere seconds after replacing Bray-Evans in the 80th minute.

“At the risk of repeating myself, that’s what Bowyer’s about,” Westgarth said. “If we can get him here regularly, he scores goals, but it’s so frustrating with him and his work that he can’t commit. He’s just a goal threat and I thought his energy levels were great. He came on and did really well.”

Fresh from scoring his first of the season in the previous match against Penryn Athletic on Boxing Day, central defender Clark doubled his tally for the campaign in the final minute to round off a fine result, and Westgarth heaped praise on the performance of his two centre-halves at the final whistle.

“Two in two, he’s turning into the goal machine!” he said of Clark. “I thought him and Wardy controlled that back four and just oozed class. No-one got in behind them, Wardy won everything in the air and it’s just an absolute pleasure to watch them. They were so dominant.”

Attention will now turn to the semi-final draw on Monday afternoon, with Town in the hat alongside local rivals Wendron United, fellow South West Peninsula League outfit Dobwalls and Western League side Saltash United – who Town defeated 2-1 in the final in 2019.

“I’d take anyone, to be fair,” he said. “Anyone who is at this stage of the competition deserves to be there and they deserve the respect, and I think all of us have had a great season, so whoever we get it’ll be a mouthwatering semi-final.”