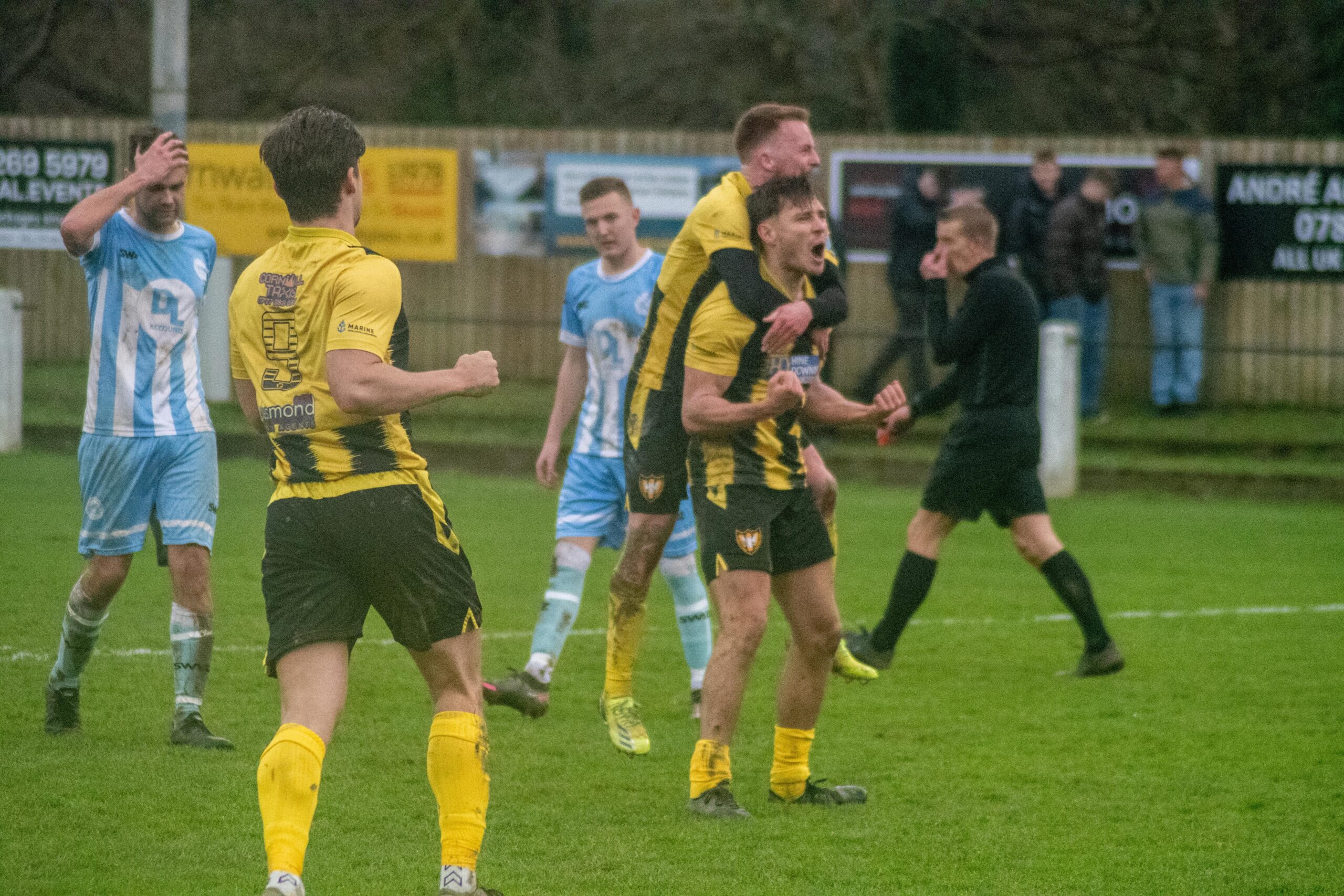 Town flattered to deceive in the first half against a Godolphin side eager to become the first team to take points off the table toppers, but a remarkable turnaround after the break saw the hosts score six times in the final 27 minutes to run out comfortable winners in the end.

An off-colour Town laboured in the first 45 minutes, with Luke Barner’s early effort being cancelled out by Archie Ward’s strike as Adam Paterson and Josh Stockdale’s side, who sit 15th in the west division, ensured they went into the break on terms with the league leaders.

Town had to wait until the 63rd minute to restore their lead, with Tim Nixon’s deflected strike kicking off a sensational final third of the game from a Falmouth perspective. Luke Brabyn swiftly made it 3-1 from the spot barely two minutes later before James Ward nodded in a fourth with virtually the next attack.

Alex Wharton came off the bench to add a fifth on 71 minutes, completing a nine-minute spell in which Town had scored four times, before Jack Bray-Evans’ late brace – a fantastic free-kick and a powerful header – to cap off a rampant second stanza.

Their latest win sees Town extend their unblemished league record – the only such record that remains in the entire National League System this term – to 20 wins out of 20. They have also further extended their advantage over second-placed Liskeard Athletic to a whopping 17 points after the Blues were held to a 1-1 draw at St Austell.

“I suppose it’s hard to be super critical, winning 7-1,” Westgarth said at full-time. “In the first half I wouldn’t say we were horrendous, but we just weren’t at the races; a few sloppy passes in key areas, crosses not being completed, shots not on target. That said, I thought we started the game well, in the first 10-15 [minutes] I thought we looked very lively.

“In the second half we were absolutely brilliant, we blew them away. This is where we are so strong, when teams have a little sniff and think they might have half a chance, we score and score again. We were just relentless in the second half and I thought some of the goals we scored were a pleasure to watch.”

He added: “[Godolphin] knock it around well, but if anything it’s their Achilles heel as well as their strength. The amount of times their two centre-halves and goalkeeper have it, eventually they’re going to get caught and that’s exactly what happened. I thought we capitalised on that in the second half, we just won the ball off them high up the park. Scotty Kellow was instrumental in the second and third goals, winning it back brilliantly.

“I’m really pleased for Alex [Wharton], it’s the first goal in a while for him. I thought Scotty Kellow was excellent today, and Brabyn had a pressure penalty: we were 2-1 up, we’ve just scored, if we get that, it’s 3-1 and it gives us that cushion, and he went and put it away. He missed his last one [at Newquay], so I’m really pleased for him.”

Town’s magnificent seven goals takes their tally for the league season to 88 in just 20 outings and a whopping 112 in 28 matches across all competitions, with six different members of the squad getting their names on the scoresheet on Saturday.

“As a manager, that’s pleasing,” Westgarth said. “You want goals all over the park and then they don’t know where it’s coming from: down the middle or out wide. I thought Jack Bray-Evans’ hold-up play was excellent, great centre-forward play today.

“In the second half there were so many positives; in the first half we had a few things to work on, but to win 20 out of 20, it’s an unbelievable record.”