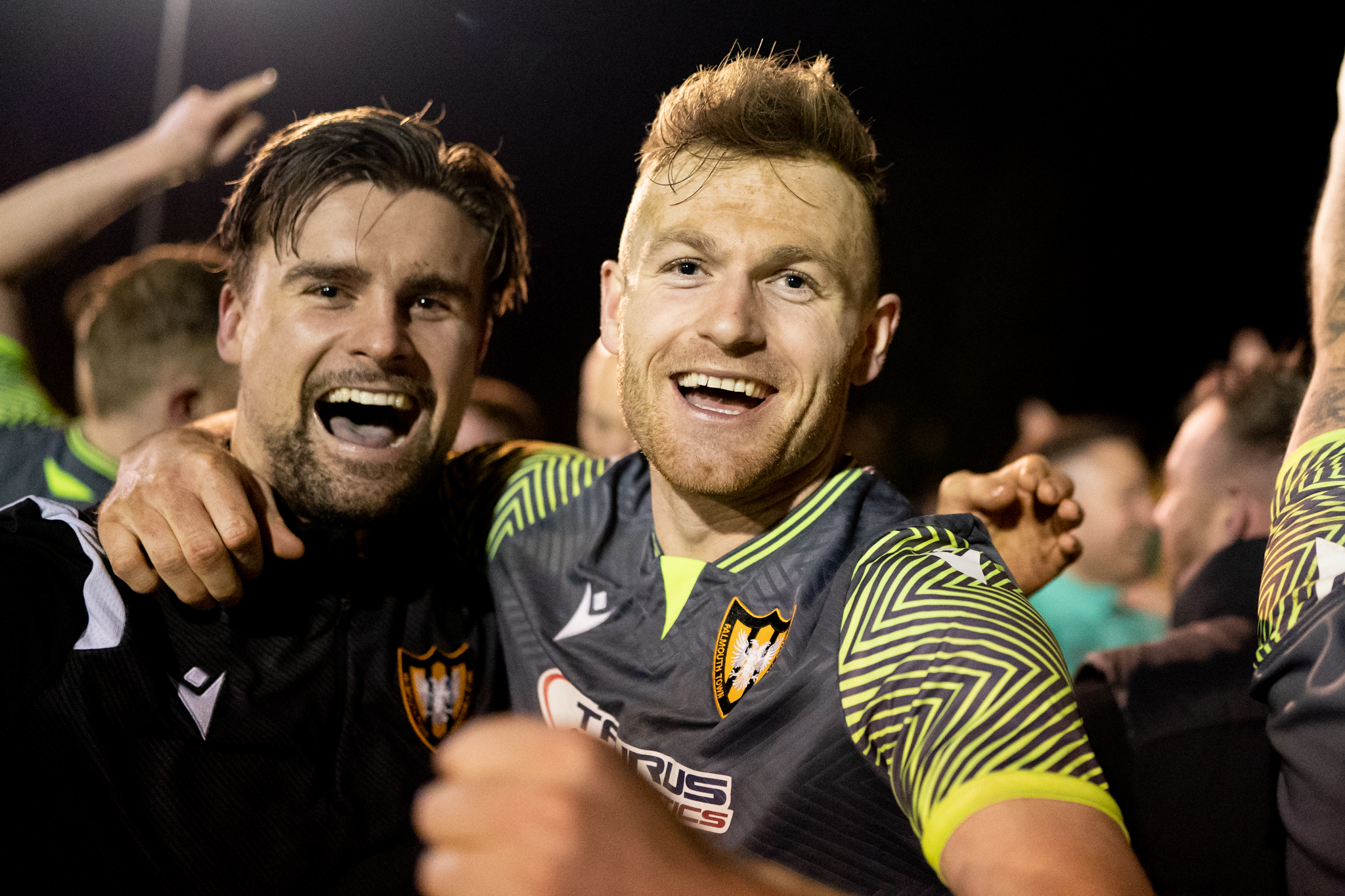 Town manager Andrew Westgarth hailed both sides of his team’s game as the reigning RGB Cornwall Senior Cup champions booked their place in this year’s final with a four-goal victory over Dobwalls on Tuesday night.

Luke Barner opened the scoring inside the first minute at Wadebridge Town’s Bodieve Park before goals from Jack Bray-Evans either side of David Broglino’s fine finish gave the west Cornwall club a handsome 4-0 lead at the interval.

The Reds did manage a consolation strike to take with them back down the A389 with Nathan Lang rifling in from close range in the 89th minute, but Simon Westlake’s side ended their Senior Cup semi-final debut with ten men after skipper Ray Spear was shown a straight red for a challenge on Andreas Calleja-Stayne in the final minute.

Town will now look forward to the Easter Monday showpiece, where they will face the winners of Wednesday night’s second semi-final between Saltash United and Wendron United.

“I thought we were excellent today,” Westgarth said. “You talk about getting off to a good start – what was that, 30 seconds? Then it was 2-0 after ten minutes and 3-0 after 20 and you’d have effectively said game over.

“I thought both sides of our game were excellent. I thought when we needed to finish we finished and I thought in the second half when we had to show the other side of us, because there were a few tackles coming in which we expected, and I thought we handled and conducted ourselves brilliantly.”

The evening could hardly have got off to a better start from a Falmouth perspective as Bray-Evans delivered a cross for Barner to get the deftest of touches to nod it past Dobwalls goalkeeper Jordan Duffey with just 37 seconds on the clock.

With the early momentum already in their favour, Town were able to build on that and doubled their lead through Bray-Evans ten minutes later before Broglino punished the east Cornwall outfit with a third as Town were out of sight before the half-hour mark was reached.

That early ruthlessness in front of goal delighted Westgarth, who was fully aware of the importance of getting the upper hand over their opponents as quickly as possible.

“I’ve been in their position before where you’re playing against the better side on paper and you want to impose yourself on the game and I’m sure their team talk will have been that the longer they keep it at 0-0 they’ve got a chance,” Westgarth said. “We knocked the absolute stuffing out of them and I think they were shell shocked.”

Town added a fourth from Bray-Evans – his 20th since joining Falmouth from Newquay at the end of September – shortly before the interval as the defending champions had appeared to effectively book their place in this year’s final with 45 minutes to spare.

The Bickland Park side couldn’t add any more goals to their tally in the second stanza – although it wasn’t for the want of trying – but Westgarth was thrilled with how his side showed the other side of their game to limit their opponents and see out the tie.

“It’s a difficult one because you don’t want to force anything because effectively you’ve just got to keep it as it is and you’re in the final,” he said, “but I thought the way we conducted ourselves in the second half was excellent, they had literally nothing.

“It was upsetting to concede one, but I’m not going to be too critical of the lads because in the second half I thought we just looked great.”

With the game more or less won before the break, the F-Troop was able to start celebrating throughout the second half, with the players and management joining the travelling fans upon the final whistle in what the Town chief hailed as a special moment.

“You can’t put a price on that,” Westgarth said. “I think anybody who loves the F-Troop, hates the F-Troop or hates hearing about the F-Troop, unless you’re here and you see that… that’s a period of our lives we’re going to look back on and say, ‘What a great time playing for Falmouth Town.’”