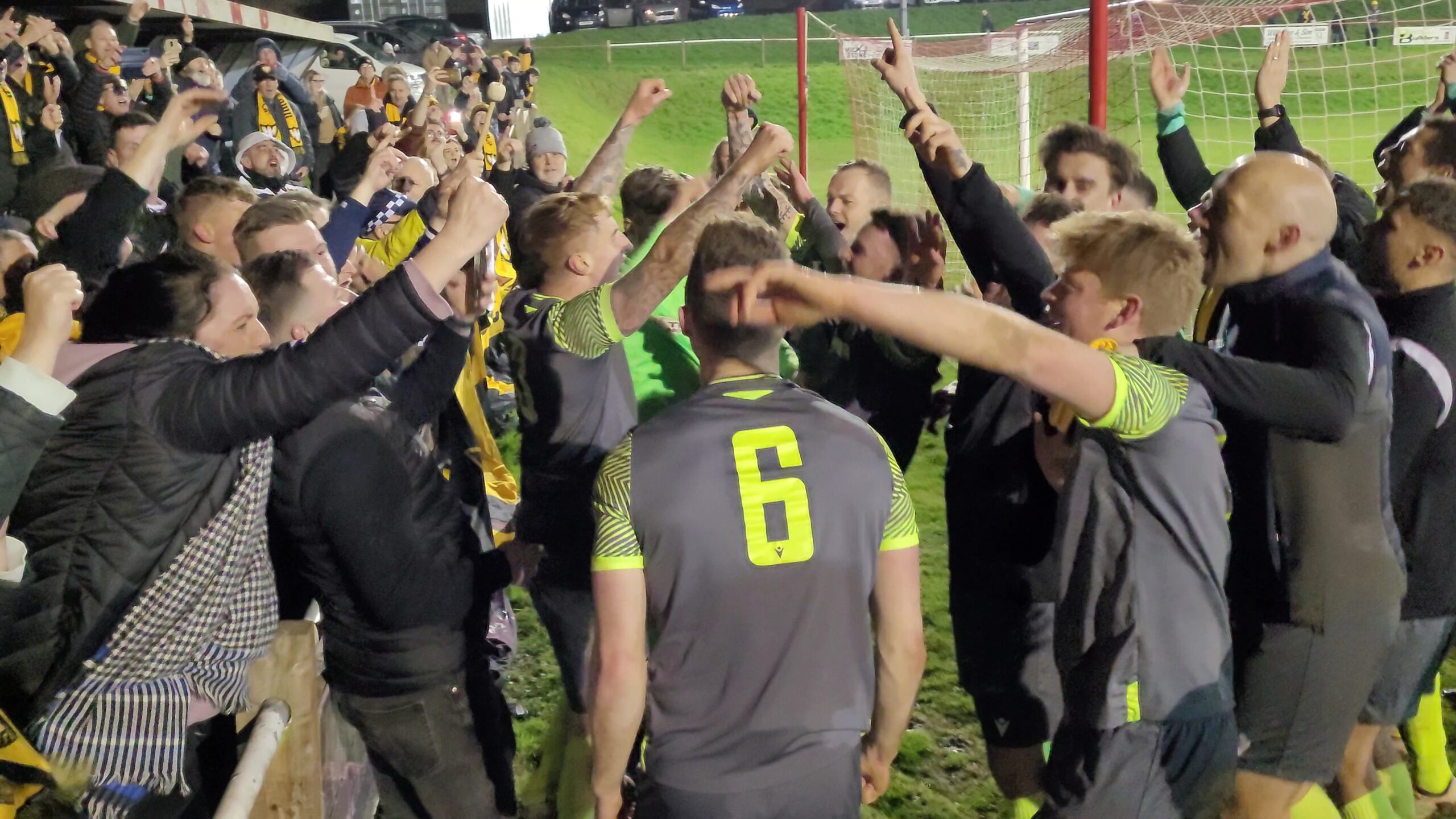 Bray-Evans set up Luke Barner’s opener inside the first minute before going on to add two of his own either side of David Broglino’s strike as Andrew Westgarth’s side raced into the interval with a four-goal lead.

The second half was a much quieter affair with those in attendance having to wait until the 89th minute to see centre-back Nathan Lang net a consolation for the Reds, who ultimately came up short in their first-ever Senior Cup semi-final.

Dobwalls’ evening was completed when skipper Ray Spear, having just returned from the sin bin a few minutes earlier, was shown a red card in the final minute for a challenge on Andreas Calleja-Stayne.

Falmouth will now face the winner of Wednesday night’s second semi-final between Saltash United and Wendron United in the final on Easter Monday.

Defending champions Falmouth, having triumphed in the most recent final in 2019, did their chances of reaching this year’s showpiece the world of good by taking the lead after little more than 30 seconds at Bodieve Park. Bray-Evans’ searching cross on the left flank was aimed at Luke Barner, who got the faintest of touches to take it past Dobwalls custodian Jordan Duffey and inside the far post for his 17th goal of the campaign.

Simon Westlake’s men had little time to try and assert themselves on the game before the South West Peninsula League Premier West leaders doubled their advantage in the tenth minute. Barner seized on a loose backpass and rounded Duffey before pulling the ball back at the byline and squaring to Bray-Evans, who gleefully smashed the ball home at the far post.

Not content to settle with their superb start, Falmouth, who have lost just three times in all competitions this season, continued to push with Tim Nixon heading over the bar before a third goal soon followed on 26 minutes. It came in stunning fashion, with Broglino, a late call-up to the starting line-up after Scott Kellow was injured in the warm-up, finding space to shoot on the edge of the box and driving the ball past Duffey.

Dobwalls, who enjoy the lofty heights of fifth place in the SWPL Premier West, began to stir and twice came within a crossbar’s width of getting on the scoresheet. First it was Dominic Bryant who crashed the ball onto the woodwork from inside the box, before Danny Zalick’s speculative, dipping volley from distance had beaten Falmouth gloveman Ryan Barnes but thundered against the crossbar.

Just as it seemed that Dobwalls were getting a foothold in the game, Falmouth went up the other end and scored their fourth seven minutes before the break. Barner’s low cross was cleared only as far as Bray-Evans, whose curling effort from just inside the box found the top corner, via the inside of the post, for his 20th goal in a Falmouth shirt since joining the side from Newquay back in September.

The pace of the game slowed down in the second half with the tie seemingly all but over as a contest by the break. Barner and Broglino were both thwarted in their attempts to grab a second of the night before Kelvin Fyneboy passed up a good chance at the other end, scuffing his effort after getting on the end of Bryant’s cross.

Falmouth continued their search for a fifth goal with Duffey snapping up Nixon’s near-post attempt before racing out to deny substitute Jack Bowyer.

Dobwalls, who scored four of their own in defeating Western League side Millbrook in the previous round, were soon reduced to ten men in the 77th minute when skipper Ray Spear was sent to the sin bin, but Falmouth were unable to capitalise on the man advantage with Barner curling a shot wide before Bowyer missed the target when through on goal.

The fifth and final goal of the night would fall the way of the east Cornwall outfit, who were at least able to celebrate a consolation strike two minutes from time, with Kurt Smith crossing for Lang to prod home at the back post.

The action did not end there with Spear, having only just returned from the sin bin, being given his marching orders by referee James Long for a late challenge on Andreas Calleja-Stayne in the final minute of the 90.

Now firmly simmering, the match threatened to boil over as the game ticked into stoppage time, with another clash and resulting melee resulting in yellow cards for Falmouth skipper James Ward and Dobwalls pair Lang and Jordan McCarthy shortly before the final whistle.