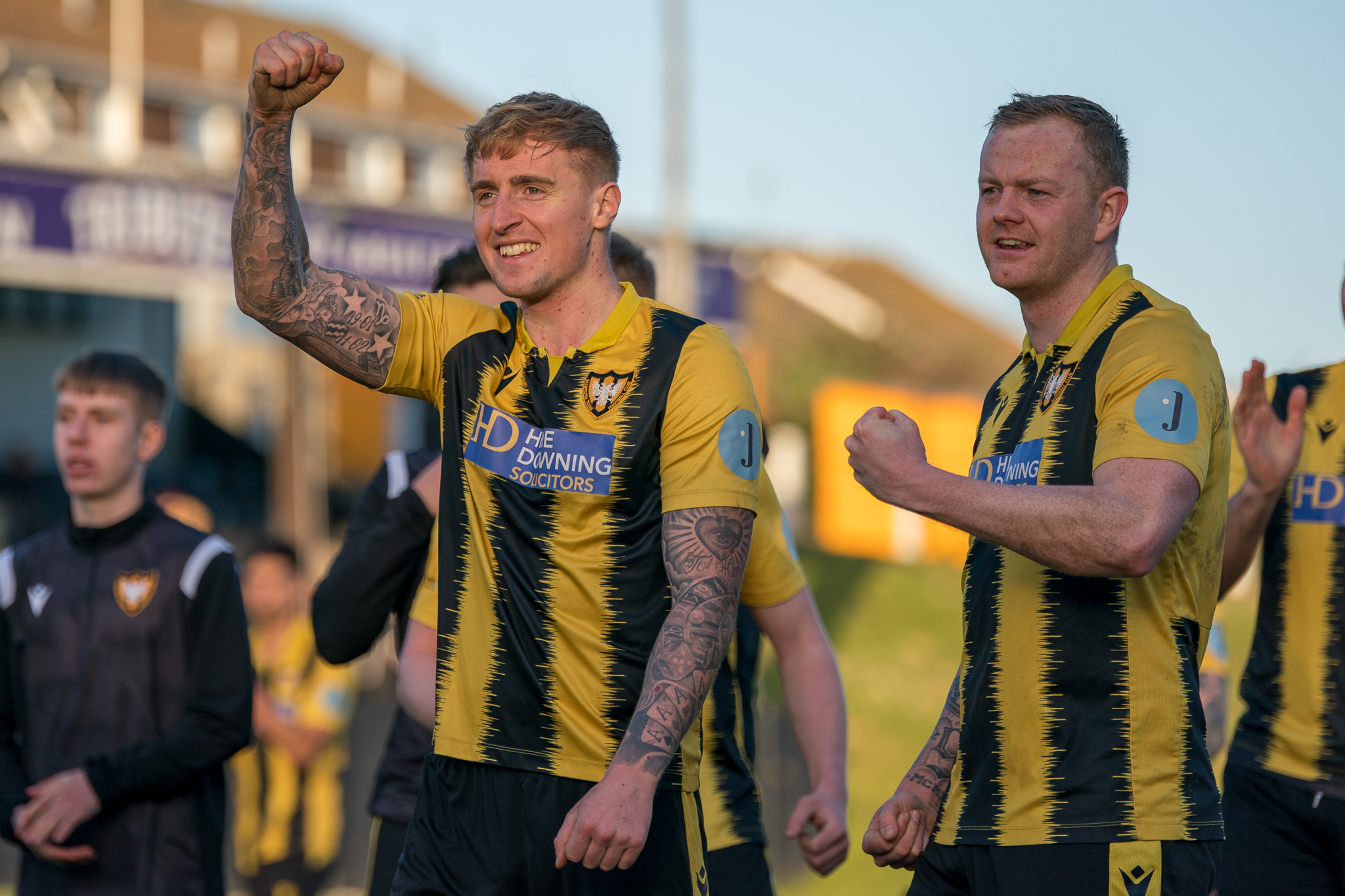 Falmouth Town manager Andrew Westgarth feels his side’s dramatic, late 2-1 victory over St Austell on Saturday could be one of their biggest of the season.

Town were hoping to bounce back after losing their first game of the season at home to St Blazey last tine out, but Cam Bidgood’s fine free-kick put the hosts on the back foot in only the second minute.

Luke Barner levelled the game ten minutes later with his 16th of the season in all competitions, but a dominant Town were frustrated in their attempts to find a winner in the remainder of the match.

In the end they needed a helping hand to do so, with substitute Jack Bowyer being hauled to the floor just inside the visitors’ box in the final minute of the 90. Brabyn assumed responsibility and slammed the resulting spot-kick into the corner to secure his side’s 21st – and perhaps biggest – win of the campaign.

“I think in the context of the season that could be one of our biggest three points,” Westgarth said at full-time. “Especially after losing our undefeated record in our last game against St Blazey, all eyes would have been on us.

“We made it difficult for ourselves but I was absolutely delighted when I saw Brabyn step up and put that one away. A 90th-minute goal, that could do more good for us than we know.

“I spoke to him [Brabyn] after the game and asked how he felt and he said, ‘That’s the most nervous I’ve been’. He knows if we miss that the pressure would have been on us.”

He added: “We’ve set such high standards this year and the bar has been set, and unfortunately we didn’t match that today. It wasn’t for the want of trying but we just looked a bit predictable, a bit laboured, the pitch was heavy and bumpy. It was one of those days that we just didn’t look like we could win it, but the main thing is the three points. I think it’ll break Liskeard’s hearts more finding out that we scored a 91st-minute penalty.”

One of the questions on supporters’ lips before kick-off would have been whether Town would quickly bounce back after sustaining their first league defeat of the season against St Blazey two weeks earlier.

After missing the chance to do so last weekend when their trip to St Dennis was postponed amid Storm Eunice, it looked, until the final minute of Saturday’s game, that their wait for their next win would be extended by at least another week.

But Brabyn’s last-gasp penalty snatched a confidence-boosting victory to get that particular monkey off their collective backs ahead of two important games at Newquay next weekend and at home to Liskeard in two weeks’ time.

“I think [having no game] last week probably did us a little bit of a favour,” Westgarth said. “We had a few lads with knocks, Brabyn was carrying one after that collision with Chappy [St Blazey goalkeeper Jason Chapman], Kells [Scott Kellow] was struggling and could only do 60 today.

“It gave Wardy [James Ward] a chance as well as he had a slight knock, and Barner the same, but he had to come off with a slight [knock]. It did us a favour to recharge the batteries.

“That’s why this win is massive for us. It just keeps the pressure on Liskeard and keeps them at arm’s reach. We didn’t want to be dropping points straight after St Blazey and then before you know it you’ve dropped five points and then the questions would be asked.

“We go to Newquay [next week] which then looks even harder than it is and then you’ve got the big one against Liskeard, so it was so big us winning today.”