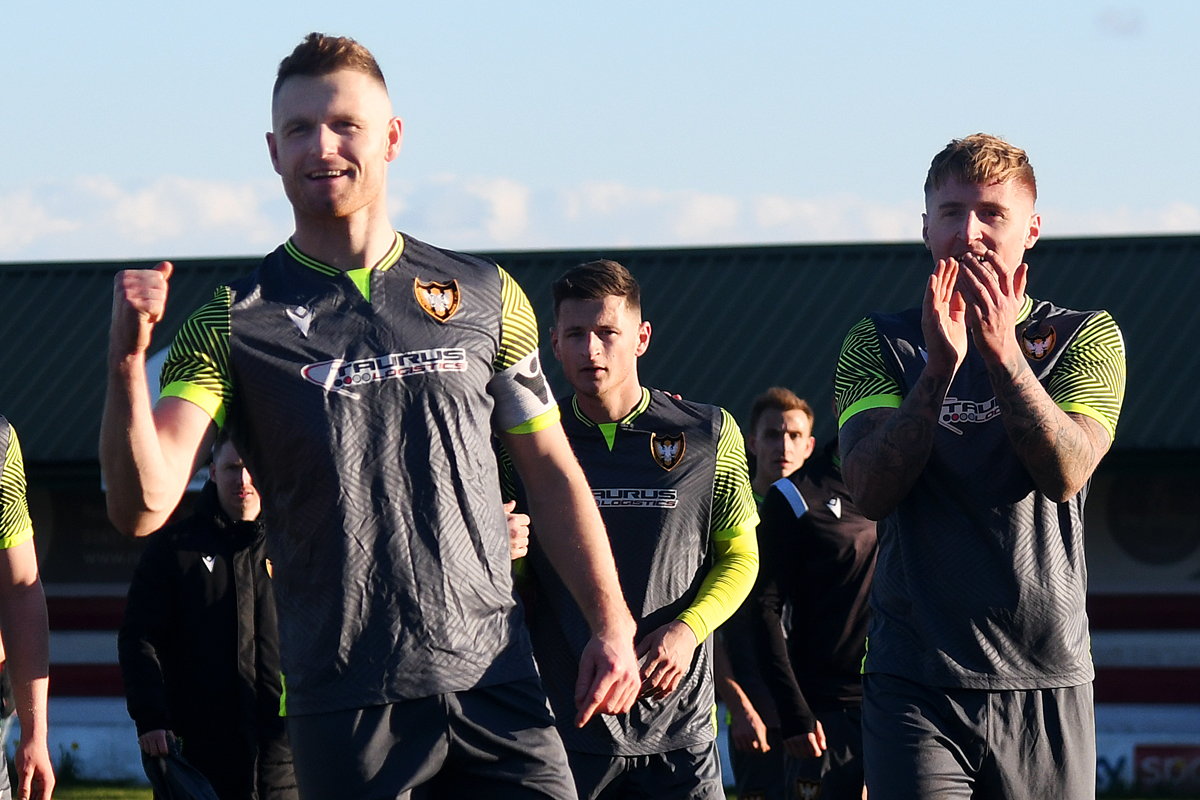 Goals from Tim Nixon, Andreas Calleja-Stayne and James Ward secured Town’s second victory at the Peppermints’ Mount Wise ground of 2022 after enjoying a 4-0 triumph in the Cornwall Senior Cup quarter-finals in January.

Nixon opened the scoring with a fine strike from distance midway through the first half before Calleja-Stayne doubled the advantage ten minutes into the second stanza.

Newquay’s hopes of an unlikely comeback were reduced further when Connor Jamison received a second yellow card later in the half, with Ward’s header seven minutes from time completing another fine afternoon’s work for Town.

The league leaders remain 14 points clear of second-placed Liskeard Athletic, who have two games in hand on Town, after the Blues won 3-1 at home to Godolphin Atlantic on Saturday, with the top two sides due to meet at Bickland Park next weekend.

“It was a great away performance,” Westgarth said after the game. “I think it probably goes back to the St Austell game, it was so important that we got the positive result against St Austell because Newquay is a really, really tough place to go – tough conditions, always windy, and obviously a little bit of needle from the Senior Cup game – but I thought from the first minute we looked really, really good.

“We played some great football, scored a great goal at a great time with Nixon’s volley, and it was total domination in the second half. It was one of the most complete away performances we’ve had for a long time.”

He added: “Andreas [Calleja-Stayne] was back for his first start since Boxing Day and it was really pleasing to get him back. Kirky [Davies] slotted back in on his first start for a couple of weeks and he was excellent, and Jack Bray-Evans, although he didn’t score, was outstanding.

“Overall it was a great afternoon’s work, and it could have been a tougher afternoon, so I’m really pleased.”

Calleja-Stayne marked his return to the Falmouth starting line-up by netting his fourth goal of the campaign and putting in a man-of-the-match display at Mount Wise.

The former Wendron United and Penzance midfielder, who signed for Town from the Magpies last summer, was making his first start since serving a three-match ban after receiving a straight red card in the League Cup defeat at Okehampton Argyle in January, and Westgarth was delighted with his player’s display.

“I’m absolutely delighted for him, he’s been a big player for us this year” he said. “It’s his first season at the club and it took him a while to get going in the first ten games or so and when he got into the side and established himself he’s been excellent, so it was really disappointing [to lose him for the last few weeks]. Ironically he missed the Newquay game [in the Senior Cup] and it effectively cost him eight weeks.

“He got banned in the next game against Okehampton and the suspension games were rained off and last week he was on the bench against St Austell which was his first game back. It was frustrating from our point of view but it’s great to get him back in the side.”

Falmouth skipper Ward continued his fantastic season in front of goal by netting his tenth of the campaign and 12th in all competitions late on. The goal takes him to 19th position in the league goalscoring charts and makes him the top-scoring defender in the division.

As is so often the case, it was the trusty boot of substitute David Broglino that provided the goal in the 83rd minute, with Ward rising highest to head his team-mate’s delivery past home custodian Harry Ashton.

“The number that he’s got from centre-half is outstanding,” Westgarth said. “It was a rarity in that it wasn’t from a corner, it was from a cross, but it was still from that man again David Broglino. I was right in line with Wardy’s run and once Wardy set his eyes on that ball you always knew it was going in one place and that was in the back of the net. It was a bullet of a header.

“I think that’s been the strength of our side this year. If you look at the goalscorers yesterday, there was no Brabyn, no Barner, no Bray-Evans, but we’ve got Tim Nixon scoring goals, Andreas has chipped in with a few from holding midfield, and then Wardy. That’s a great weapon for us, we’ve got goals all over the park.”