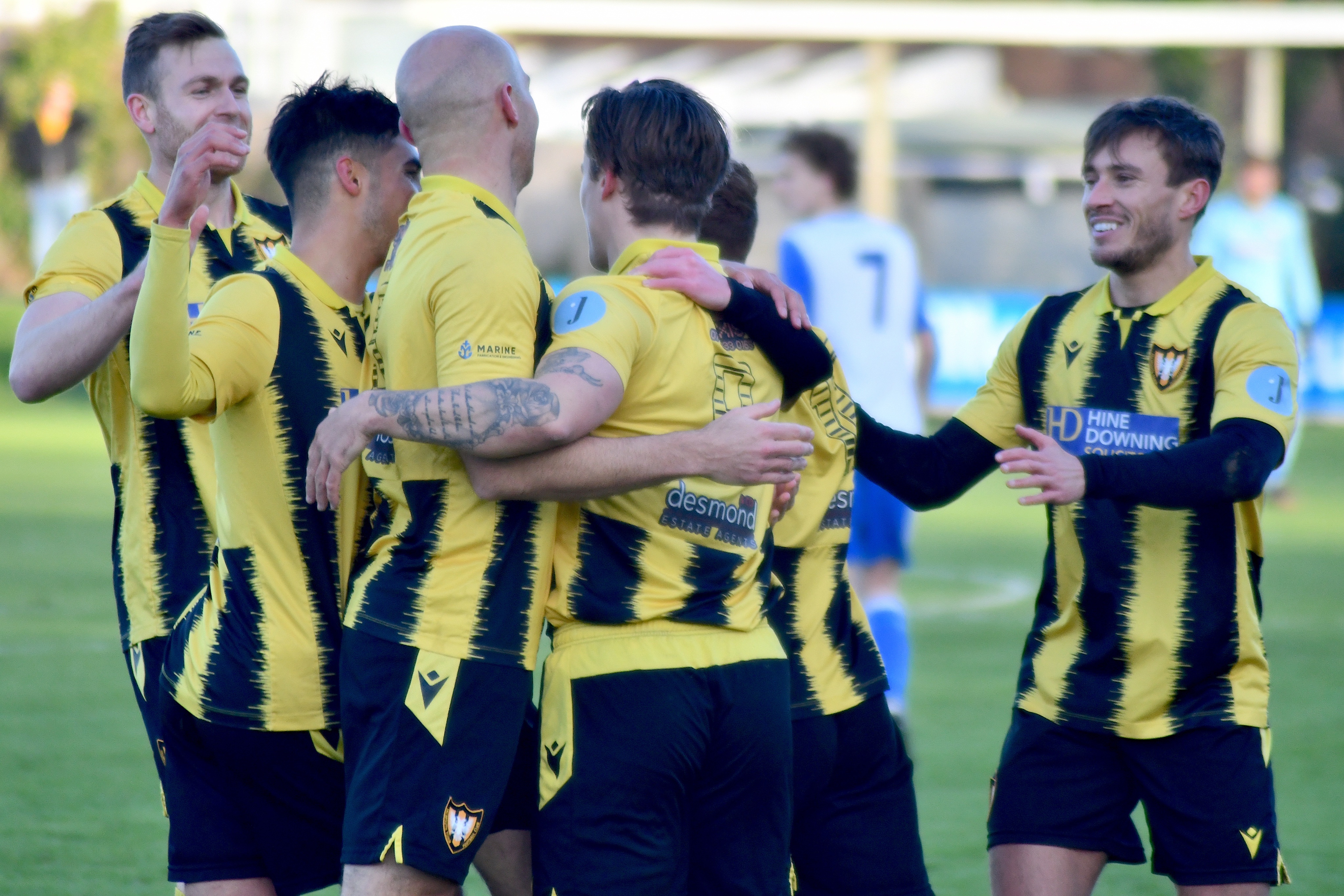 Town went into Saturday’s South West Peninsula League game at Bickland Park having suffered their first defeat of the season against Buckland Athletic seven days earlier, but a brace from Jack Bray-Evans and strikes from Luke Brabyn and Andreas Calleja-Stayne ensured an emphatic return to winning ways.

Bray-Evans opened the scoring in the tenth minute before Calleja-Stayne doubled the advantage early in the second half.

Camelford quickly hit back through Cam Hutchison, only for Luke Brabyn to instantly restore Town’s two-goal cushion from the spot.

Bray-Evans made sure of the points midway through the half, with Hutchison clawing another goal back for the Camels in stoppage time.

The win sees Town move seven points clear of second-placed Liskeard Athletic – who have a game in hand on Town – ahead of this weekend’s must-see clash between the top two at Lux Park.

“It was important that we picked up the three points because you don’t want to be losing back-to-back fixtures after being on such a big run,” Westgarth said. “I think winning becomes a habit, but also losing becomes a habit.

“I thought for large parts of the game we dominated and I thought we played well. You could be a little bit critical on some of the chances we missed, but I think, overall, 4-2 was a bit flattering to them.

“It was great not only beating a side that was up at the top end of the table, but it was good for confidence as well.”

He added: “I was quite pleased overall with how we defended. They had a couple of chances but we looked a lot more solid and dominated the game from midfield.

“I thought we overran them in the first half and I think the slight change of personnel made a big difference, putting Jack [Bray-Evans] through the middle and Brabyn out wide with [Tim] Nixon. I thought we looked like a real danger every time we went forward.”

Bray-Evans continued his fine start to life as a Falmouth Town player, with his brace against the Camels taking his personal tally to eight in as many games since arriving from Newquay in September.

With the recent signing having bagged 12 goals in ten outings for the Peppermints prior to joining Town, it meant his second goal on Saturday took him to 20 in all competitions this season – meaning the only player in the division to have found the net more often than him this term is new team-mate Brabyn (21).

His arrival coincided with the loss of pacey winger Olly Walker, who is away at university, and Westgarth feels his new recruit has filled the void seamlessly.

“He’s been a great addition for us because [we were] losing Olly Walker at the time; we knew that was happening but Olly is a fantastic player,” Westgarth said.

“He’s had to bide his time a little bit by playing out wide and his preferred position is down the middle, but his attitude is spot on. He’s slipped in [seamlessly] and he’s scored some important goals. Jack’s not one of those guys when you’re 6-0 up he scores the seventh or eighth; he scores the first goal quite a lot for us. He’s been a really great addition.”