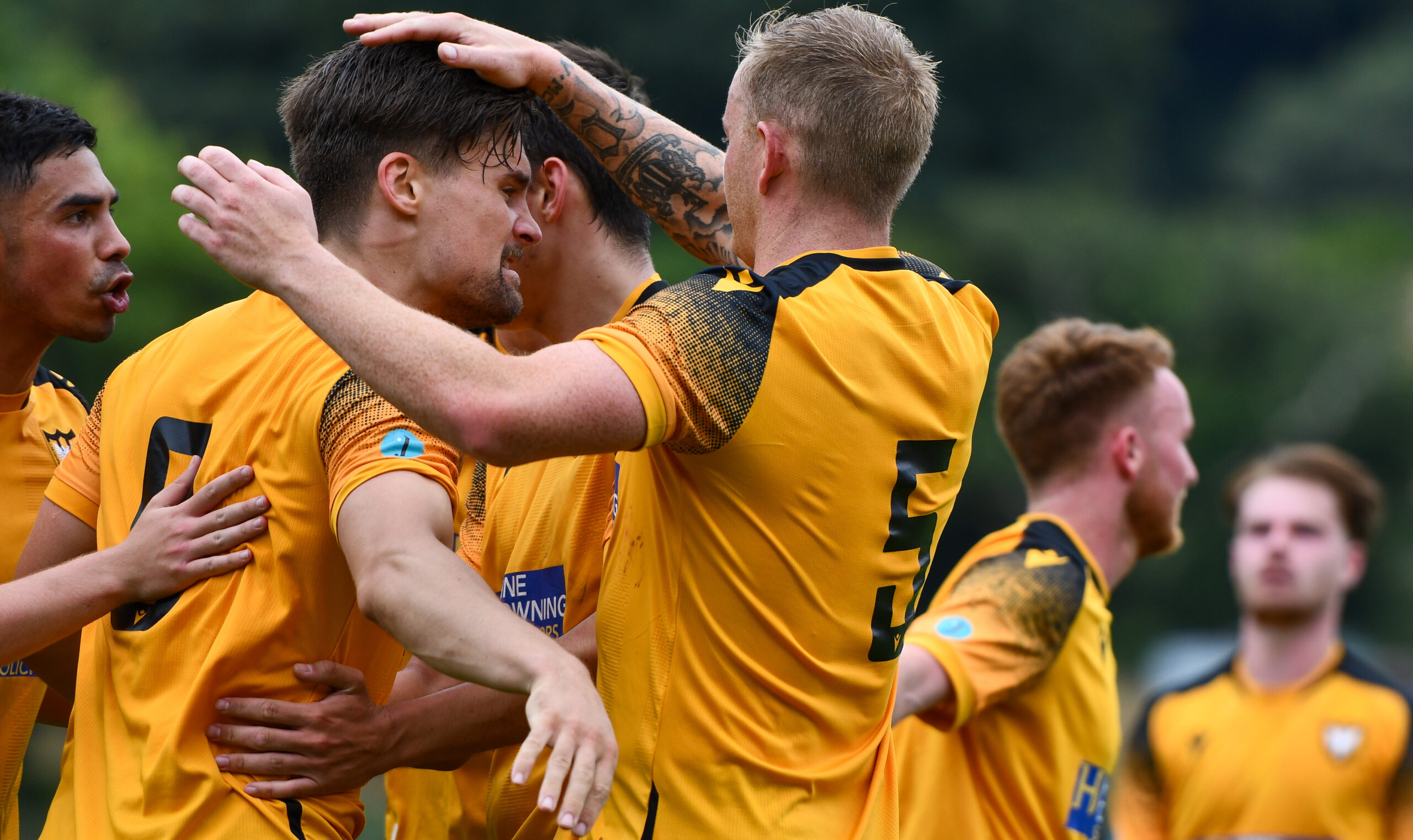 Jack Bray-Evans’ injury-time strike rescued a point for Falmouth Town in their opening Western League game at home to Wellington.

Town fell behind to the Somerset outfit midway through the first half via Tom Stone’s strike, with Jack Bray-Evans’ equaliser on the hour being cancelled out by Miles Quick less than a minute later.

The newly-promoted hosts were given a lifeline when Eli Collins received a second yellow card with just under 20 minutes to go, with Town then having an equaliser ruled out when goalkeeper Rob Hall’s spilled catch was adjudged to have not crossed the line.

However, the ten men’s resistance finally ended in the second minute of stoppage time when Bray-Evans turned James Ward’s cross past the visiting goalkeeper to salvage an opening-day draw.

With Stone’s cool first-half finish – a low drive into the bottom corner from inside the box – separating the sides at the break, Bray-Evans was on hand to get his side back in the game just after the hour.

Tim Nixon was on corner duty for the day and his delivery was met wonderfully by Bray-Evans, who saw his glancing header nestle into the far corner before wheeling away in delight.

The home side’s joy was short-lived, however, with Quick rather fittingly providing a rapid response for the Tangerines, as the forward fired the Somerset club back in front less than a minute after Bray-Evans’ header.

Goal or no goal?

Controversy arrived in the 87th minute when, for a moment, it appeared that Town had scored a late leveller.

The hosts won a free-kick near the corner flag after Wharton was fouled, with Tom Annear the man responsible for sending the ball in.

Tangerines goalkeeper Hall rose to claim Annear’s curled delivery but dropped the ball behind him towards his goal, with a Wellington defender racing back to claw the ball off the line.

Town players looked to merry whistle blower Stephen McCulloch and his assistant to award the goal, but the referee waved play on to the relief of Hall and the rest of his team.

Andrew Westgarth’s side lay siege to the visitors’ goal in the final few minutes of the game as they searched desperately for an equaliser their second-half display had merited.

It was a long wait, but it finally came in the second minute of stoppage time from an unlikely double-act.

Normally used to scoring and assisting goals at set pieces, centre-half Ward was the man responsible for teeing up the equaliser after being thrown forward to act as a makeshift striker for the final throes of the game.

The Town skipper got his head on a long ball forward and put it into the path of Bray-Evans, and the prolific frontman did the rest, firing in from close range to rescue a dramatic, late point.

It may be early days, but the point puts Town into ninth spot after the first round of Western League matches, with Barnstaple Town and Cadbury Heath taking an early lead after respective 5-0 wins over Bitton and Keynsham Town.

Town are back in Western League action on Tuesday night (kick-off 7.45pm) when they look forward to a first meeting with Millbrook since 2019. Mackenzie Brown’s side suffered defeat in their opener on Saturday, losing 1-0 at newly-promoted Sherborne Town.