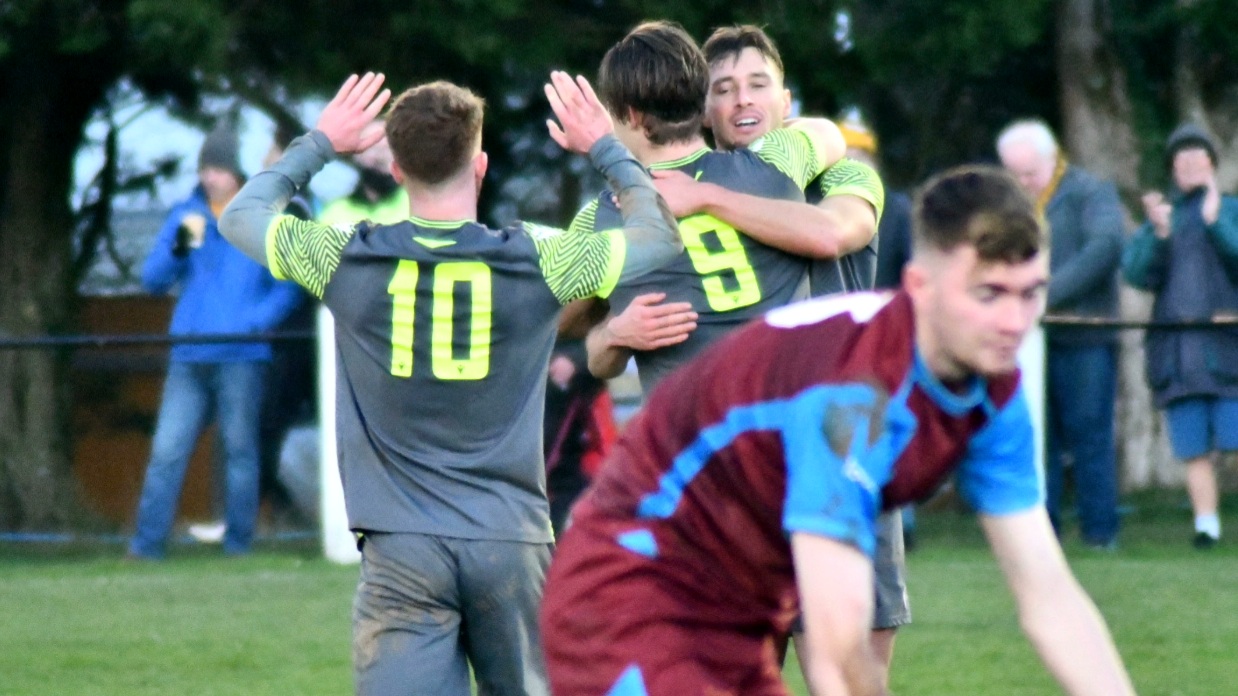 Falmouth Town signed off for Christmas in style with a fine three-goal victory at Launceston as the South West Peninsula League west division leaders continued their all-conquering campaign.

Jack Bray-Evans opened the scoring shortly before half-time with his tenth goal in a Town shirt, before Luke Brabyn doubled the advantage early in the second period, with substitute Olly Walker, making his first appearance since September 22, wrapping up the win six minutes from time.

The win sees Andrew Westgarth’s side maintain their perfect league record and extend it to 17 wins from as many games. Town also extended their lead at the top of the SWPL’s west division to 14 points with nearest rivals Camelford and Liskeard Athletic both having a weekend off.

Westgarth made three changes from the side that won 4-2 at home to Wadebridge Town a week earlier, with reserve team custodian Zack Telling stepping in for the absent Ryan Barnes, who missed his first game of the campaign, while Jack Webber and Andreas Calleja-Stayne formed a new midfield partnership in place of David Broglino and Scott Kellow.

Clarets boss Dan Hart made two changes to the team that started their most recent game, a 1-1 draw at St Blazey three weeks ago, with Reece Hendrickson – scorer of his side’s equaliser at Blaise Park – and Oliver Newton made way for Carl Aldridge and Josh Harris.

A quiet start to a sunny but cold afternoon at Pennygillam saw neither team burst out of the blocks, with half-chances for both Brabyn and Bray-Evans the only notable elements of the first 20 minutes.

Launceston, who came into the game off the back of a three-match unbeaten run, were next to threaten when Jake Anderson’s tantalising low cross was hacked clear before Clarets’ leading marksman Ben Waters could profit.

Town went up the other end and forced a corner, which resulted in the best chance of the game so far. Luke Barner, on set-piece duties in Broglino’s absence, delivered the ball to the far post where skipper James Ward rose to power a header at goal, with the effort blocked on the line by a claret shirt.

Ward was soon busy at the other end to block Carl Aldridge’s close-range effort after another attempt had been hauled off the line, before Tom Moxham’s delicious cross was headed over by Bray-Evans at the other end.

It was that man Bray-Evans who provided Town’s first goal of the afternoon in the 35th minute. Barner created space before lobbing the ball through to his team-mate, who raced into the box and slotted past home gloveman Lewis Slade.

Buoyed by the goal, Town spent the remainder of the half pushing for a second to no avail. Brabyn had the best opportunity in that ten-minute spell, with his shot from just inside the box being blocked by a Launceston leg.

The second stanza replicated the start of the first with little in the way of goalmouth action, with Telling having to be alert to deal with Jordan Stidson’s quickly-taken free-kick from distance, before making another important stop in a one-on-one situation a few minutes later.

That save was vital as Town doubled their lead in the next attack. A weak pass in the home defence was seized upon by Brabyn, who saw his effort saved by Slade, but the west division’s leading scorer was able to add his 18th of the league campaign and 23rd in all competitions with the rebound.

Town spurned a big opportunity to make the game safe two minutes later. The two scorers combined with Brabyn coming in from the right and laying off to Bray-Evans on the edge of the box, but the freescoring former Newquay man missed his kick entirely before Alex Wharton sent the loose ball above the netting behind the goal.

Stidson soon went one better by launching his free-kick into the car park at the other end in what was a wasted effort from a promising central position. Sam Clifton did better with his long-range rasper from distance, with the strike stinging the palms of Telling, who did well to tip it over his crossbar.

With time ticking away, Toby Clark was inches away from connecting on another fine delivery from Moxham at the other end, with the cross agonisingly eluding the experienced central defender’s head.

But it was returning substitute Walker, who was making his first appearance since a 5-0 win at Godolphin Atlantic in September, who delivered the final blow in the 84th minute. The pacey winger, on in place of Wharton, used his renowned pace to meet fellow sub Marcello Jones’ pass and guide it past Slade to cap off another fine afternoon for Town.