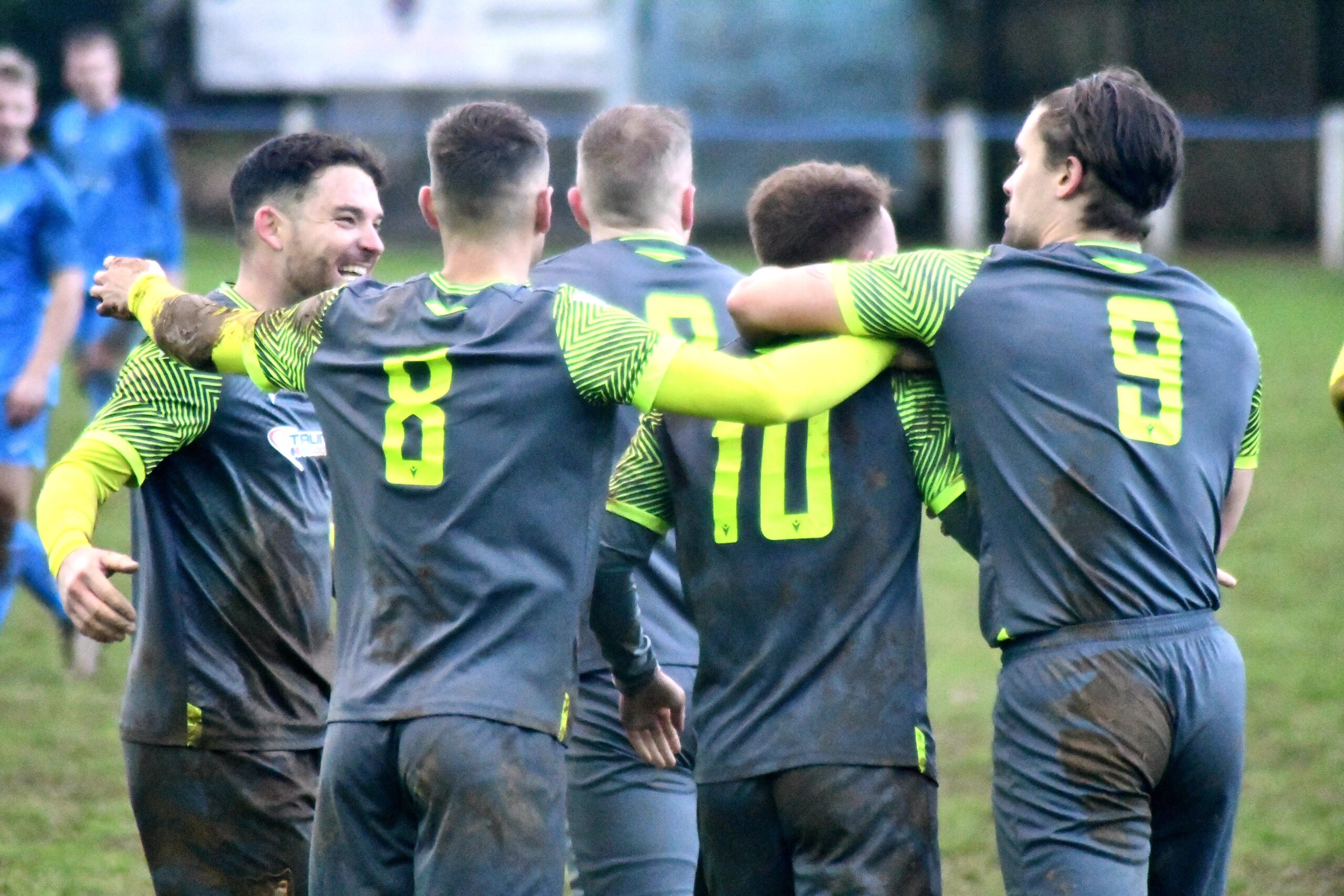 Falmouth Town fought back from a goal down to take the spoils in their crunch top-of-the-table clash at Liskeard Athletic on Saturday.

The two remaining unbeaten sides in the South West Peninsula League went head-to-head at Lux Park, and it was second-placed Liskeard who opened the scoring through James Rowe after just one minute.

But league leaders Town were level by the break through skipper James Ward’s eighth of the season, before second-half strikes from Luke Barner and David Broglino put the visitors in control.

Blues top-scorer James Lorenz had the chance to halve the deficit when he was fouled by Ryan Barnes inside the box, but the Town stopper made amends by saving the prolific forward’s strike as Town made it 15 wins from as many league games so far this season.

Falmouth are now ten points clear of Liskeard and nine ahead of second-placed Camelford, who moved above the Blues thanks to their 4-3 win at Godolphin Atlantic.

Town boss Andrew Westgarth made one change from the side that won 4-2 at home to the Camels last week, with Scott Kellow stepping in for the absent Andreas Calleja-Stayne. Filling Kellow’s space on the bench was returning forward Marcello Jones.

Liskeard also made a single switch from their FA Vase loss to Keynsham Town last time out, with Ben Holter dropping to the bench in favour of goalscorer Rowe.

Rowe made just the impact his managers would have wanted with the left winger opening the scoring after barely 60 seconds, finding space inside the box to plant the ball past Barnes and stun the F-Troop, who had travelled in their numbers to Lux Park.

With Town still reeling from that early sucker punch, Rowe missed a good chance to double the lead before Nick Aplin drew a routine save from Barnes.

The visitors slowly got themselves involved with Tim Nixon’s cross clipping the crossbar before Luke Brabyn fired the rebound into the side netting, while Jack Bray-Evans came close with a sighter from 25 yards.

Town were growing into the game and missed a good opportunity to level when Tom Annear blazed a free-kick over the bar, before Bray-Evans rolled his effort just the wrong side of the far post.

An equaliser was coming and it duly arrived ten minutes before half-time. Town forced a corner and skipper Ward rose highest at the rear of the box to meet Broglino’s delivery with a delightful looping header into the far corner.

Town had hauled themselves level but Barnes had to be alert to thwart Aplin with his feet and prevent Liskeard from restoring their lead before the break.

Liskeard had flown out of the traps in the first half but the boot was well and truly on the other foot this time as Town got their noses in front in the 49th minute. Alex Wharton, who had replaced the injured Nixon shortly before Ward’s leveller, proved a nuisance down the left and, at the second time of asking, sent a low cross towards Barner, who turned in the box before rifling the ball past home custodian Luke Gwillam.

The visitors now had the edge but they soon turned that into a vice-like grip on the game as they doubled their lead on 55 minutes. Barner was brought down on the edge of the box and Broglino, as he so often does, made no mistake with the free-kick, curling the ball into the net via the inside of the left post.

Bray-Evans missed a huge chance to add a fourth shortly after, firing his effort against the upright, and Town almost lived to regret that miss when Barnes upended Lorenz inside the box minutes later. The Blues’ 13-goal top-scorer stepped up to take the penalty, but Barnes threw himself to his right to parry the effort before the rebound flew wide.

With time running out to mount a comeback, Liskeard probed and pressed but struggled to test Barnes in any meaningful way, with Max Gilbert blazing a promising free-kick over the bar in one of the hosts’ few shots at goal in the second stanza.

It was Town who looked like adding to their tally and they probably should have done so in the final minute when Brabyn found himself in acres of space down the left. However, the Town top-scorer opted to ignore substitute Jones in the centre and go it alone, but saw his shot blocked by a Liskeard leg.

The east Cornwall outfit almost pulled one back in stoppage time when substitute Holter arrowed the ball towards goal, but Barnes was on hand to brilliantly tip it to safety as Town wrapped up their 15th consecutive league victory, and 20th from 21 in all competitions this term.