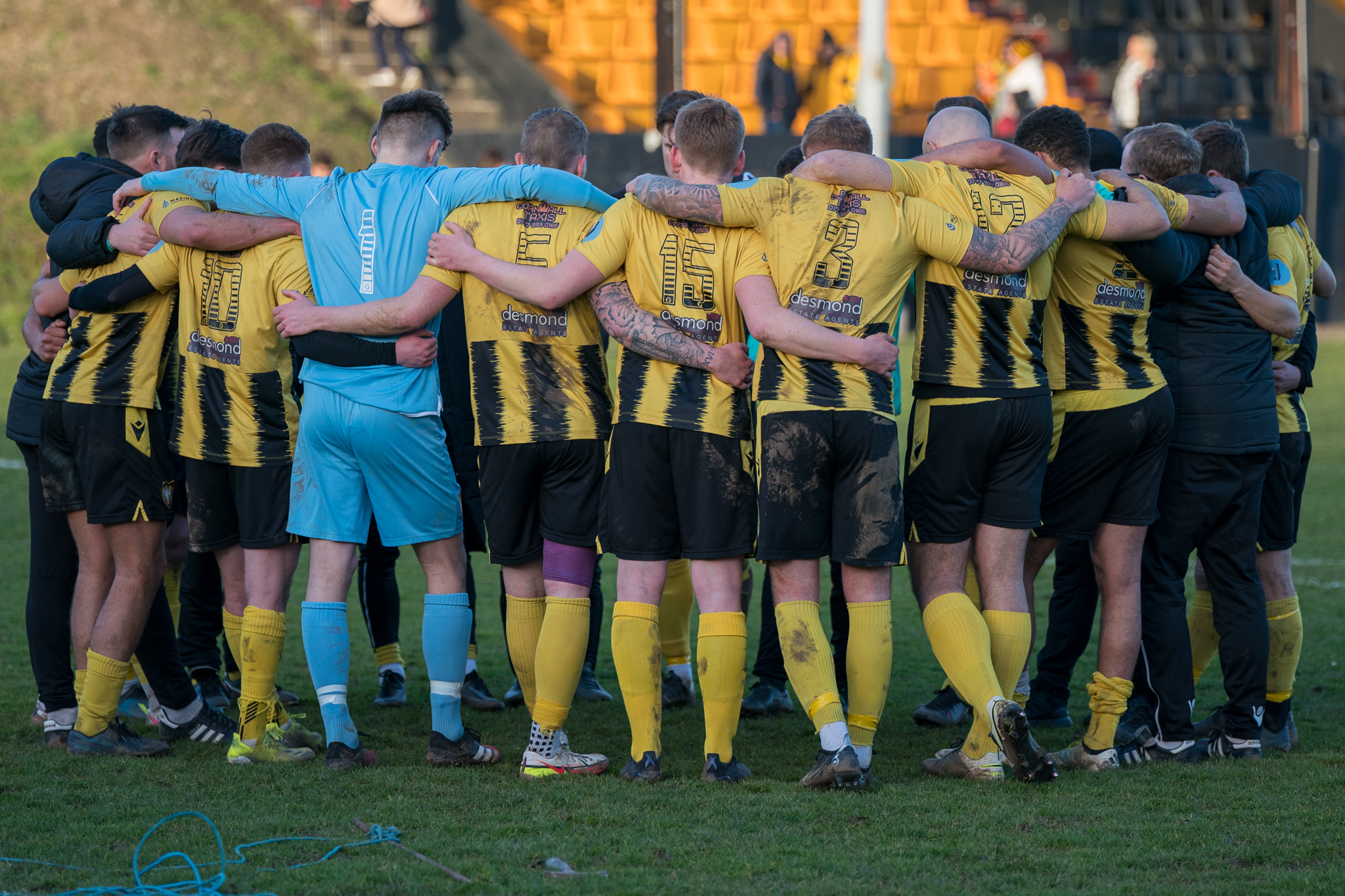 Falmouth Town will be aiming to move one step closer to the South West Peninsula League west division title when they head to Newquay on Saturday (kick-off 3pm).

A last-gasp 2-1 win at home to St Austell last Saturday got the league leaders back to winning ways following the previous weekend’s defeat to St Blazey, and another this week would see Andrew Westgarth’s side at least maintain their 14-point cushion over second-placed Liskeard Athletic with just nine league games remaining after this round of games.

Falmouth have already met Newquay once at Mount Wise this season with Town running out 4-0 winners in the quarter-finals of the Cornwall Senior Cup in January. James Ward, Jack Bray-Evans, Jack Bowyer and Toby Clark all scored as defending champions Town eased into the semi-finals of this year’s competition.

Newquay have only played twice since the Senior Cup tie, winning 2-1 at Wadebridge Town and losing 1-0 at home to Callington Town, and did not play at all during February.

Speaking ahead of the game, Town boss Westgarth said: “I’m looking forward to it. I’m delighted off the back of last week’s result, it was so important to get that win and it sets us up for a really tricky March. It’s another tough place to go and we found it difficult when we went there for the Senior Cup, so we’re expecting another tough game.

“I’m sure there’s going to be a lot more twists and turns until the end of the season, but we’ve put ourselves in a very good position and it’s important now that we keep our composure and take each game as it comes.”

He added: “I think the way we won on Saturday can do wonders. Don’t get me wrong, it’s great winning four- or five-nil, but I think for confidence, to show that never-say-die attitude that you’re never beaten until the end can give you a real lift.

“Leading into the Newquay game, the boys are really excited and aware of how if you just drop your standards a little bit or take your eye off the ball a little bit you can come unstuck. Training numbers were really good and everyone’s fully fit so it should be another good game, and the F-Troop are obviously going to go over in numbers as they always do.