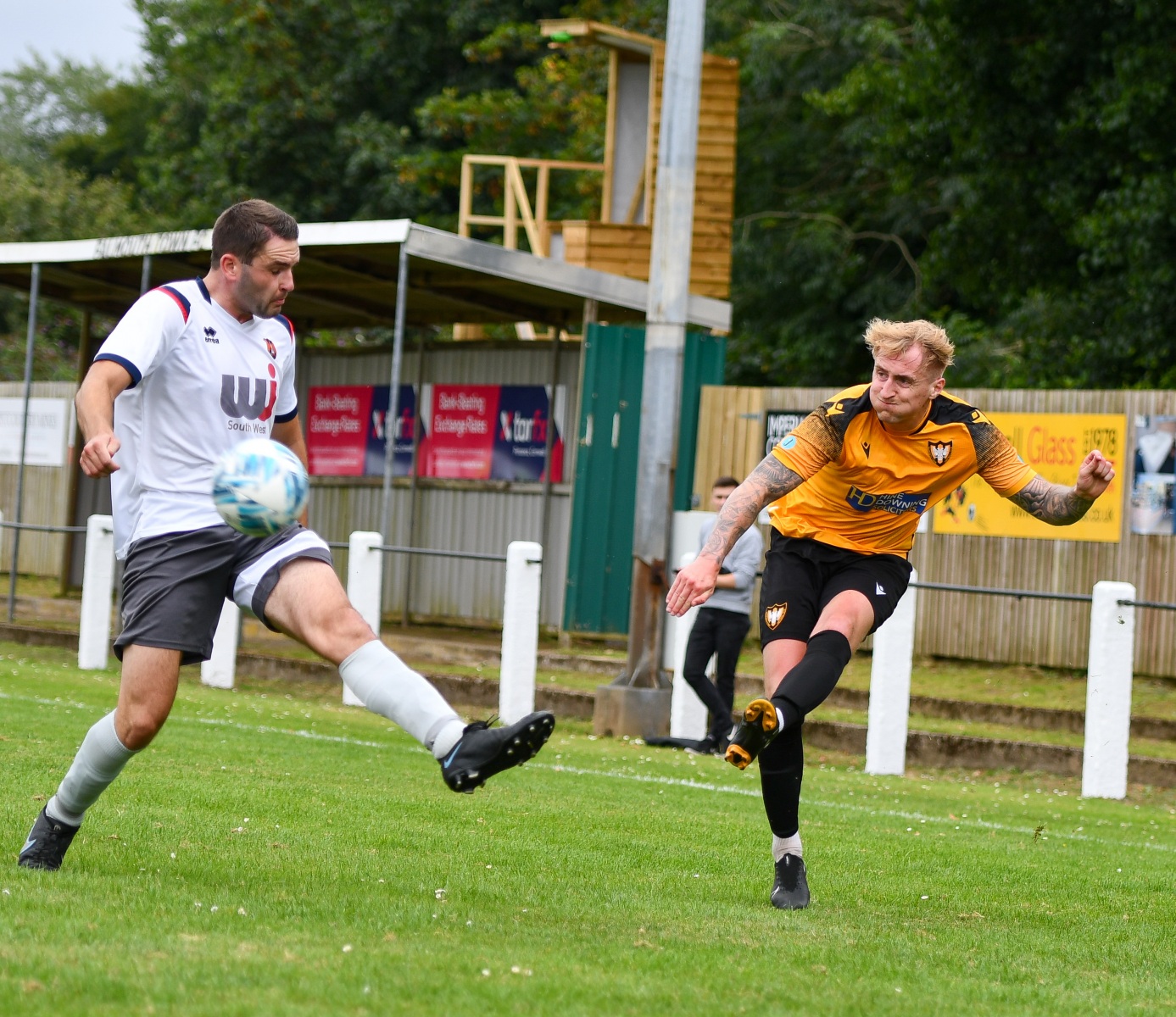 Falmouth Town manager Andrew Westgarth is bracing himself for a ‘tough away trip’ on Tuesday night (kick-off 7.45pm) when his side head to Cornish rivals Millbrook.

Town began their first Western League campaign since 1983 with a hard-fought 2-2 draw at home to Wellington on Saturday, with a second-half brace from Jack Bray-Evans salvaging a point.

Westgarth’s men will now head to Jenkins Park in search of their first win of the campaign, with their hosts looking to do the same after Mackenzie Brown’s side slipped to a narrow 1-0 defeat at Sherborne Town on Saturday.

“I’m looking forward to it,” Westgarth said. “As a manager, because I’m not running around I’m happy to play Saturdays, Tuesdays, Wednesdays, bring them on, I’m more than happy.

“Millbrook are a decent side. Macca [Brown] has done a great job there, his teams are hard to play against and I’m looking forward to it.”

The meeting will be the first between the two teams since they were both in the old South West Peninsula League Premier in the 2018/19 season, with Matt Buchan and David Broglino scoring for Town as the teams drew 2-2 at Bickland Park in April 2019 in what was both sides’ final league game of the campaign.

The Brook moved over to the new SWPL Premier East the following season, with their points-per-game record over the two abandoned campaigns of 2019/20 and 2020/21 securing promotion to the Western League alongside SWPL colleagues Mousehole, Saltash United, Helston Athletic and Ilfracombe Town.

Their first season at Step 5 last term was one of peaks and troughs, with Brown’s side winning two of their first 13 games before an incredible 12-game unbeaten run in which they conceded just three goals, only for their form to fall away in the final weeks of the campaign as they settled for 12th spot.

It has been a summer of transition for the east Cornwall outfit, with several key players departing – including last season’s 23-goal top scorer Rikki Shepherd – and a raft of new signings coming through the door at Jenkins Park as Brown sought to freshen up his squad.

The new-look Brook were on the losing side in their opening game on Saturday, with George Mapletoft scoring the only goal of the game as newly-promoted Sherborne Town triumphed 1-0 at their Raliegh Grove home.

“It will be a tough away trip and the dynamics will have changed massively now because Millbrook lost,” Westgarth said. “They won’t want to have two defeats in a row and be on the back foot, so it’ll be important for us to get a first win. We’ve always done quite well on the road, so it should be a good game.”

He added: “Listening to Macca’s interview on the podcast, he said sometimes you need fresh faces and fresh voices because it can go stale. I don’t think he’ll be panicking. I’ve been in his position before: we lost famously to Tavistock [on the opening day in 2017], Mousehole didn’t get off to a good start last year. It’s early days.”