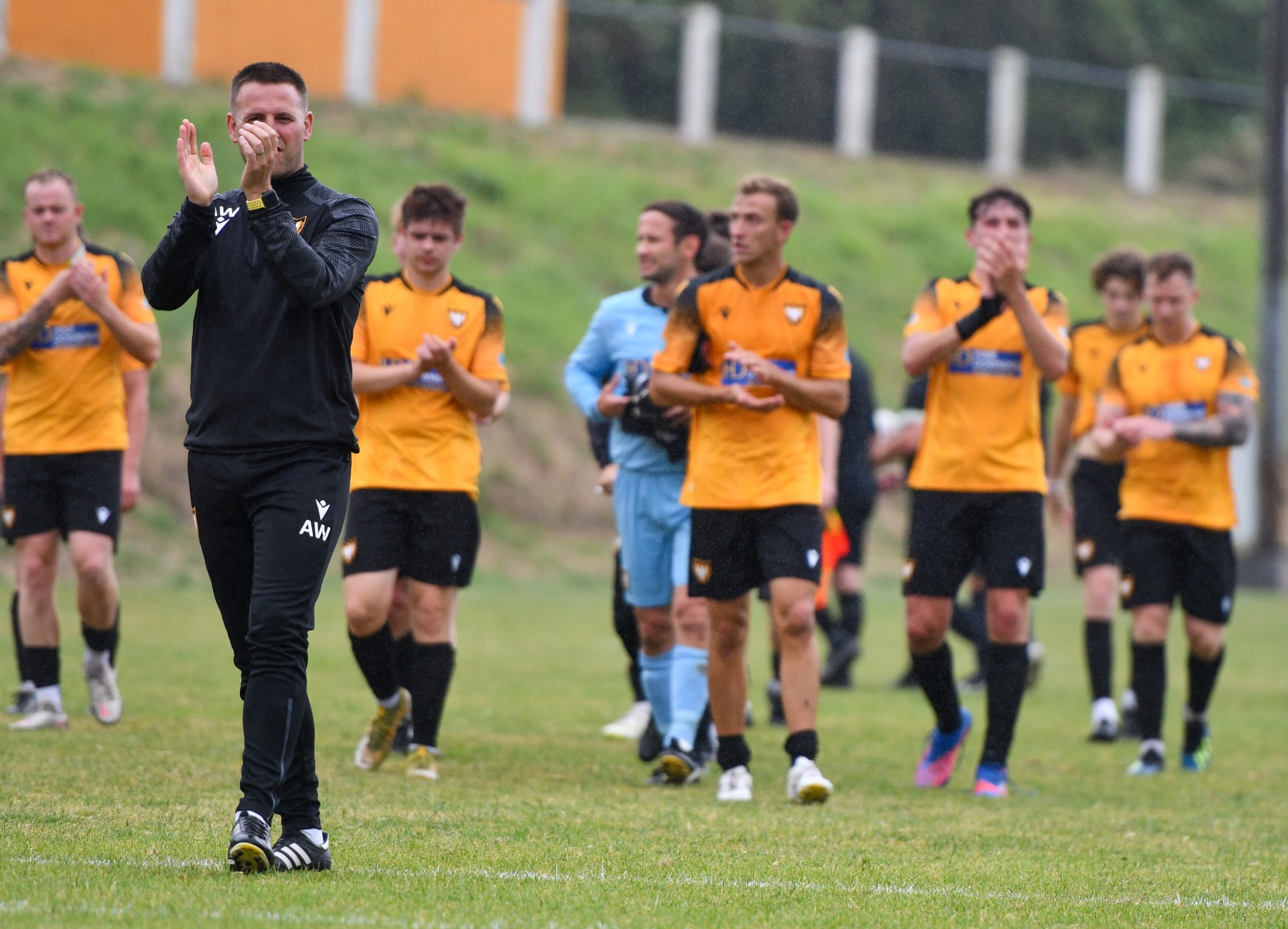 Saturday will be another landmark moment in the history of Falmouth Town as they host Wellington in the club’s first Western Football League game for more than 39 years.

Following a glorious 2021/22 campaign that saw Andrew Westgarth’s side drop just five points on their way to the South West Peninsula League Premier West title, Town now have a whole new challenge lying ahead of them.

Town’s last participation in the Western League ended in 1983 when the club resigned from the division, following a nine-year stay that saw the club win the title on four occasions.

Westgarth would surely love even half of that success for his current crop of players, and the Town boss is eagerly awaiting the opportunity to guide his side into a new realm.

“There are so many mouthwatering games [this season] and when the fixtures came out a couple of weeks back and we saw this game, this is what it’s all been building up to. I’m really, really looking forward to it.”

Town will renew acquaintances with Cornish colleagues Helston Athletic, Millbrook, Mousehole and Saltash United who were promoted en-masse from the SWPL to the league 12 months ago, while Torpoint Athletic, like Town, are joining the division this summer after winning the SWPL Premier East.

But their season begins on Saturday with a clash with a decidedly less familiar side in Wellington. The Tangerines, by contrast, have been ever-presents in one of the Western League’s two divisions since they joined it in 1978 – the season following Town’s most recent Western League triumph.

They were in the same division for just two seasons – 1981/82 and 1982/83 – before Town’s exit, with the teams drawing both meetings at Bickland Park 2-2. Their two matches in Somerset were also shared, with Falmouth triumphing 3-1 in the first season before losing 4-3 in the second.

The Tangerines have spent most of the time since in the Western League Division One, but are about to embark on their sixth successive campaign in the Premier Division after gaining promotion in 2017.

The Somerset outfit, who play their home games at The Playing Field, finished 14th last season with 11 wins from 36 games, while Jake Quick was their top goalscorer with 18 goals in 36 appearances.

“We won’t know anything about them, it’ll almost have an FA Vase feel to it to start with until we get into the swing of it,” Westgarth said. “It’s one of those ones where you can try and do your research on these clubs, but what are you gauging it on?

“In pre-season, some sides can lose one week and then in the next game they play a harder game and they win. It’s so hard to gauge and you don’t really know what you’re up against until you play.

“But I’m really looking forward to it and everyone’s chomping at the bit, so bring it on.”