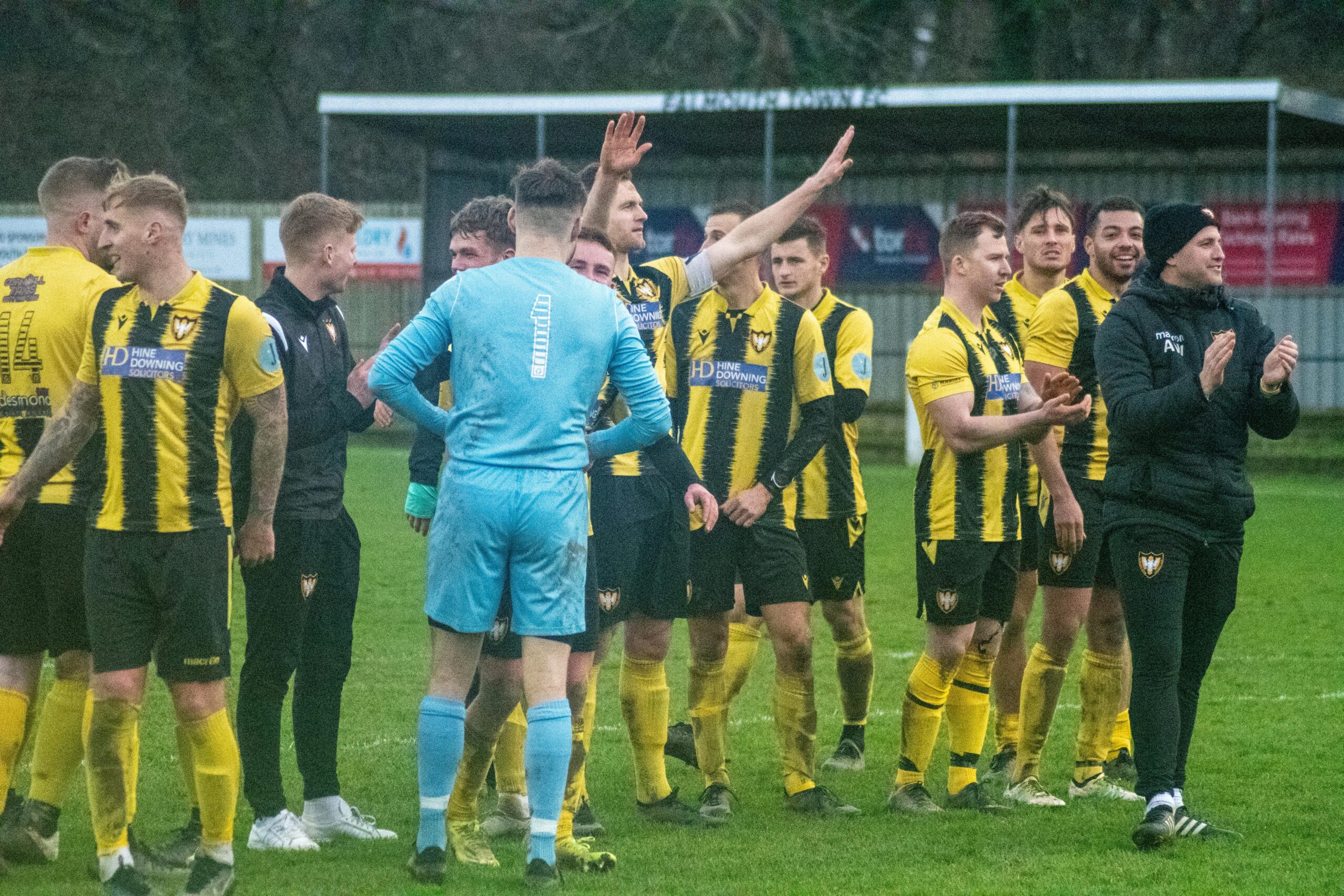 Falmouth Town have the opportunity to extend their unblemished South West Peninsula League record to 21 games when they welcome St Blazey to Bickland Park on Saturday.

West division leaders Town, who have the only remaining 100 per cent record in the whole of England’s National League System, currently enjoy a 17-point lead at the top of the table ahead of second-placed Liskeard Athletic.

St Blazey, managed by Phil Lafferty, will be looking to become the first team to take points off Town as they continue their bid to finish in the top three – the all-important prize money positions.

A large crowd is anticipated on Saturday with the Green and Blacks expected to bring more than 100 players, staff and supporters with them.

Speaking ahead of the game, Town manager Andrew Westgarth said: “Whether you’ve lost track of Cornish football over the last 20-30 years or you follow it regularly, Falmouth v St Blazey is a massive game. We’re probably the two most successful Cornish sides in the league; the history goes way back. It’s definitely a heavyweight clash and very much a game we’re looking forward to. It should be a great game.”

St Blazey come into the game off the back of two high-scoring wins at their Blaise Park home, winning 5-2 against top-three rivals Wendron United two weeks ago before running out 6-0 winners over Bodmin Town last weekend.

Those two victories mean Lafferty’s side have now won five of their last seven outings in all competitions, moving to within one point of fourth spot – currently occupied by Michael O’Neill’s Wendron – as a result.

Blazey top-scorer Liam Eddy scored a hat-trick in the aforementioned 6-0 win over Bodmin last Saturday, taking his tally for the season to 14 and further signalling the former St Austell and Helston Athletic striker’s return to form after an injury-hit couple of years.

It will be the first meeting between the teams for almost two years, when Town ran out 3-2 winners at home to the Green and Blacks in the Walter C Parson League Cup quarter-final in March 2020.

Former Falmouth winger Luke Johnson scored a late winner as Town came from 2-1 down to secure victory in what turned out to be both sides’ final game of the 2019/20 campaign, with the season being suspended – and later declared null and void – two days later amid the outbreak of coronavirus.

Joe Cooper skippered Town that night, but he is set to line up for the visitors on Saturday, with the experienced centre-half due to make his first return to Bickland Park since leaving the club in September 2020.

Cooper arrived at Falmouth in 2013 and went on to make 285 appearances for Town, scoring 14 goals. Many of those appearances were made as captain, with Cooper leading his side to victory in both the Walter C Parson League Cup final in 2018 and Cornwall Senior Cup final in 2019, scoring the equaliser in the 2-1 win over Saltash United in the latter.

“I suppose there’s never a great way to leave a football club, and from Joe’s point of view he went under the radar and never got a chance to say goodbye,” Westgarth said.

“He’ll get a good reception because he gave us a great seven seasons and led us to a Senior Cup win, a League Cup win and a Charity Bowl win, so Joe has etched his name into Falmouth Town folklore.”