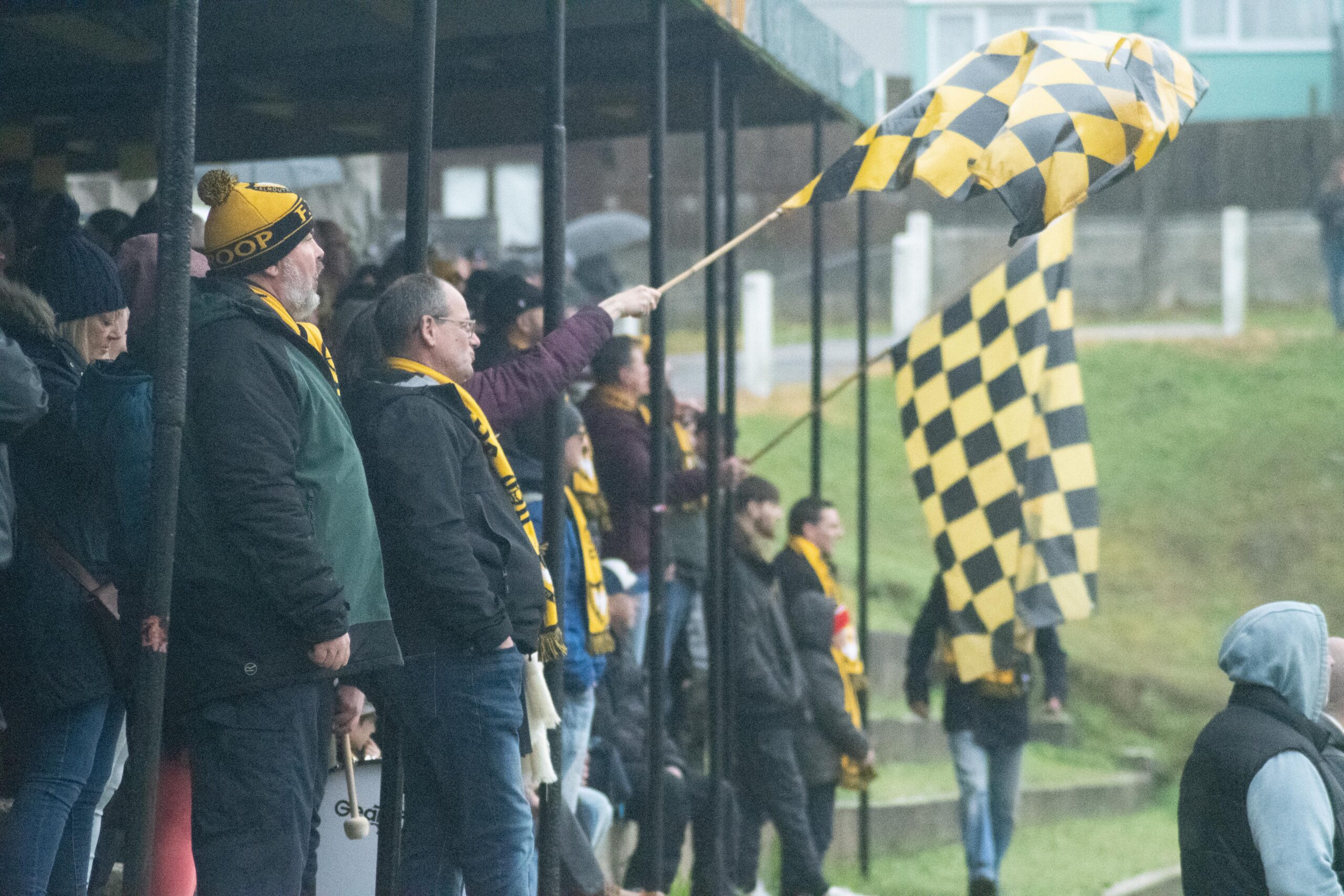 Falmouth Town will look to get a brand-new unbeaten run going when they welcome St Austell to Bickland Park on Saturday (kick-off 3pm).

South West Peninsula League west division leaders Town became the final team in the English National League System to drop points this season in their last match at home to St Blazey two weeks ago, with a 3-2 defeat to Phil Lafferty’s side ending a perfect start to the campaign that saw them win each of their first 20 league matches this term.

Town missed the chance to bounce back last weekend when their scheduled trip to St Dennis was postponed amid the effects of Storm Eunice, meaning Mark Smith’s St Austell have become the first task for Town as they look to get back to winning ways.

Speaking ahead of Saturday’s game, Town boss Andrew Westgarth said: “I think everybody is hungry. We’ll just look at taking all the positives from that [two-week break]: [Luke] Brabyn suffered a slight knock, Kellsy [Scott Kellow] had a little knock and it gives them a chance to recuperate. Numbers are looking strong.

“It was disappointing to lose [to St Blazey] but it was an unbelievable run and effort the guys put in, but I suppose we could sense it a little bit. I wouldn’t say we were feeling pressure from us, it was more you could sense the tension from other teams wanting to be the first team to beat us.

“If you break the Blazey game down, they brought two busloads which they haven’t done all season, it was a brilliant atmosphere and you could sense a bit of needle in the game – not in a horrible way but it had a proper cup feel to it.

“That was only going to be happening because one: we’re a good side; two: Falmouth v St Blazey is historic; and three: that unbeaten record. Now that’s off our back we’ve got to take the positives from it and hopefully we can go on another run until the end of the season.”

He added: “From our point of view, nothing has changed. It’s not panic stations, the pressure is still on Liskeard. We’ve just got to keep winning. We’ve still got so much football to play, we’ve got a third of the season still to go.”

Owing to the two curtailed campaigns, Saturday’s game is set to be the first time the Lillywhites have descended on Bickland Park since September 2018, when goals from Martyn Duff – now of St Austell – Tim Nixon, Jordan Annear and Jack Bowyer ensured a 4-2 victory for Town, with Mark Goldsworthy and Liam Eddy replying for the visitors.

Although the teams have not met at all since the mid-Cornwall outfit beat Town 2-1 at their Poltair Park home in August 2019, Westgarth’s side have enjoyed some memorable victories over the Lillywhites in the not-too-distant past.

Town defeated St Austell on their way to winning both the Walter C Parson League Cup in 2018 and the Cornwall Senior Cup in 2019 – defeating Chris Knight’s side 3-1 in the second round of the former and Damon Mulready’s outfit 4-1 in the semi-final of the latter – and also came back from 3-0 and 5-3 down to draw 5-5 in an unforgettable SWPL game back in October 2017.

Fast-forward to the 2021/22 season and St Austell, now under the stewardship of Smith, are bracing themselves for what will be only their third game of 2022. A series of postponements has limited Smith’s side to just a creditable 1-1 draw at home to high-flying Liskeard Athletic and a 5-1 humbling at in-form Callington Town at the start of February.

St Austell, whose last win came in a 2-1 triumph at Camelford on November 20, have slipped to 12th in the west division as a result of their lack of games, but enjoy games in hand over all of the teams directly above them.

“I think they’ve had a bit of an inconsistent season and have been blighted with injuries,” Westgarth said. “I speak to Sparky [Mark Smith] quite a bit and I think he’s been so unfortunate with injuries and none more so than Duffy [Martyn Duff]. He left us to, in his words, try another challenge and I think he’s hardly kicked a ball this year through injury so I feel for him.

“On their day you’ve only got to look at their results. They’ve beaten Dobwalls away, they took a point off Liskeard the other week so on their day they’re capable of beating anybody, or at least taking points off people, so we’re fully aware of the challenges.

“They’re a good footballing side, they look to play it around, but I suppose their Achilles heel has been their inconsistency, but all we can do is take care of ourselves. I know the boys are keen to get out there.”