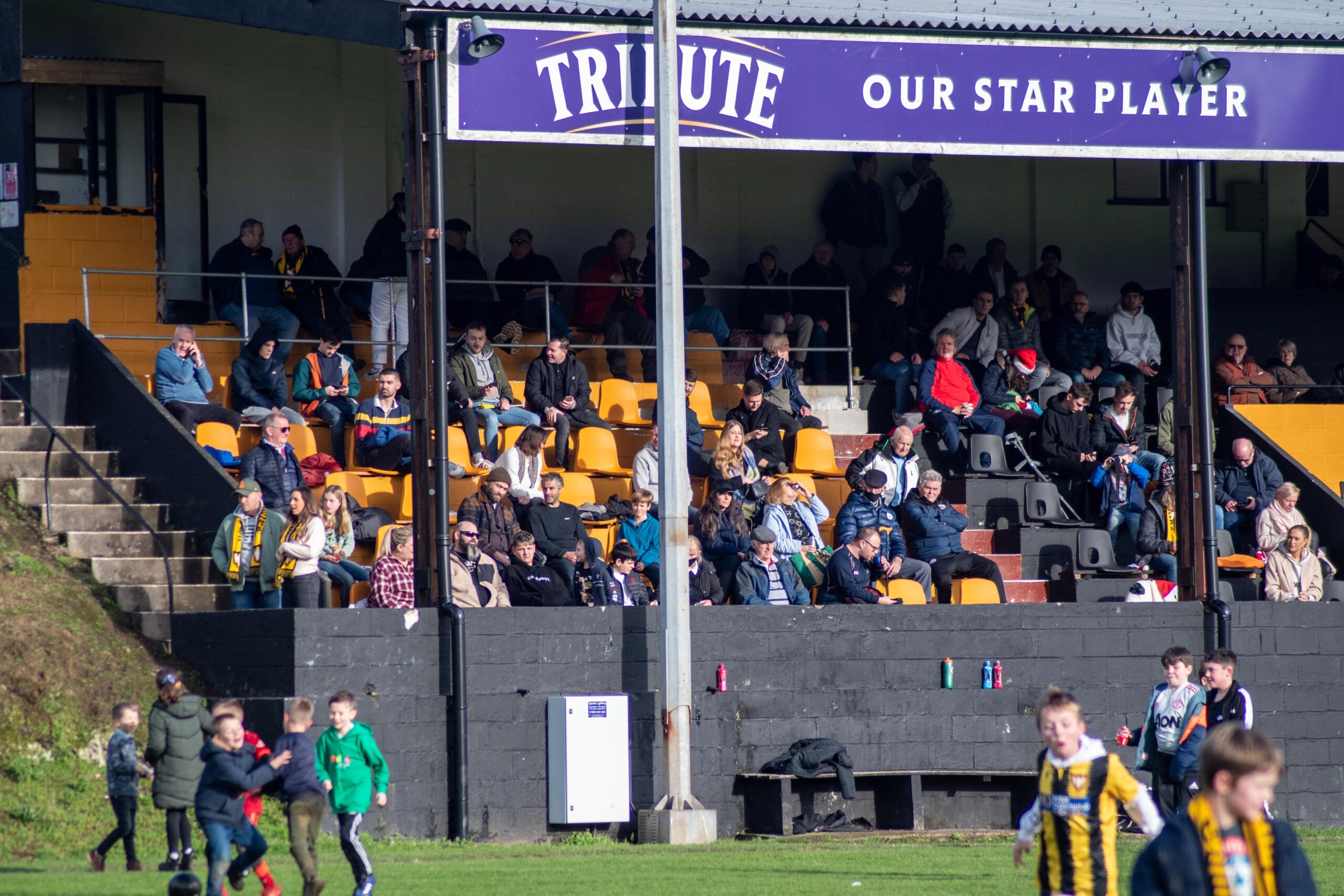 Falmouth Town will aim to mark their first home game of 2022 by making it 20 wins out of 20 in the league this season when they entertain Godolphin Atlantic on Saturday.

West division leaders Town, who are the only side in the English National League System yet to drop a single point this season, chalked up their 19th victory of the campaign last weekend at Bodmin Town, and victory over the Newquay outfit this week will see Town reach their latest milestone.

It will be Town’s first appearance at their formidable Bickland Park home since their record-breaking 5-0 win over Penryn Athletic on Boxing Day, which was witnessed by a South West Peninsula League record 1,171 spectators.

Since then, Town have enjoyed victories at Newquay and Bodmin Town either side of a League Cup defeat at Okehampton Argyle, and manager Andrew Westgarth is looking forward to being back in familiar surroundings.

Speaking ahead of Saturday’s game, he said: “You don’t know how much you miss something until you haven’t seen it for a while, so we’re definitely looking forward to being back at home.

“It was brilliant to get back to winning ways on Saturday. There’s always that hangover after you lose and you don’t really want to have back-to-back defeats because it can snowball, but the way we started the game was brilliant.

“It was very similar to when we played Buckland [in the FA Vase in November], we lost 2-1 and in the next game against Camelford we won 4-2 and that was just as pleasing as well. I was absolutely delighted with the boys on Saturday and it sets us up nicely for this Saturday, and winning 20 games would be some achievement.

“I think [the Okehampton defeat] did wake up the boys a little bit. Everyone has got to be at the races otherwise that’s what can happen, you can be on the end of a bad result. There’s still so much football to go, I think there’s still 39 points up for grabs – so much can happen.”

Godolphin Atlantic will arrive at Bickland Park on Saturday with the hope of not only becoming the first side to avoid defeat there this season, but of also extending their own unbeaten run on the road to five matches.

Since a 4-1 defeat at Sticker on November 13, Adam Paterson’s side have come away from each of St Dennis, St Blazey, Wadebridge Town and Launceston without being on the losing side.

Their most recent outing was at Dan Hart’s Launceston last weekend, when Jake Anderson’s goal for the Clarets cancelled out Francis Pengelly’s first-half effort for the G.

Their useful away form has helped them move clear of the bottom two and to within two points of 14th-placed Sticker, with three games in hand on Steve Flack’s men.

Tim Nixon scored a brace when Town ran out 5-0 winners in the reverse fixture at Godolphin Way in September, with Luke Barner, Olly Walker and Charlie Edney also netting for Westgarth’s side.

“I think they’ve had a little bit of a revival [in the last year or two],” Westgarth said. “They’ve got a good away record, they’re four undefeated away from home and when you’re at the wrong end of the table they are little bits of encouragement. Like with any side, you’ve got to give them respect and get the game won.

“They’ve got a few ex-players like Ed Timmons, I’m sure he’s looking forward to coming back. They’ve got Olly Walker’s brother, Matty – I’ve heard quite a bit about him so it’ll be quite exciting to see him and see how well he does.

“I’m really looking forward to being back at home, and with the Senior Cup being put to bed for six or seven games it gives us a really good chance [to have a good run in the league].

“March is a really tasty month: we’ve got Newquay, Liskeard, Dobwalls in the cup and St Austell away from home, so it’s important that we do as well as we can in February to set us up for the games in March.”