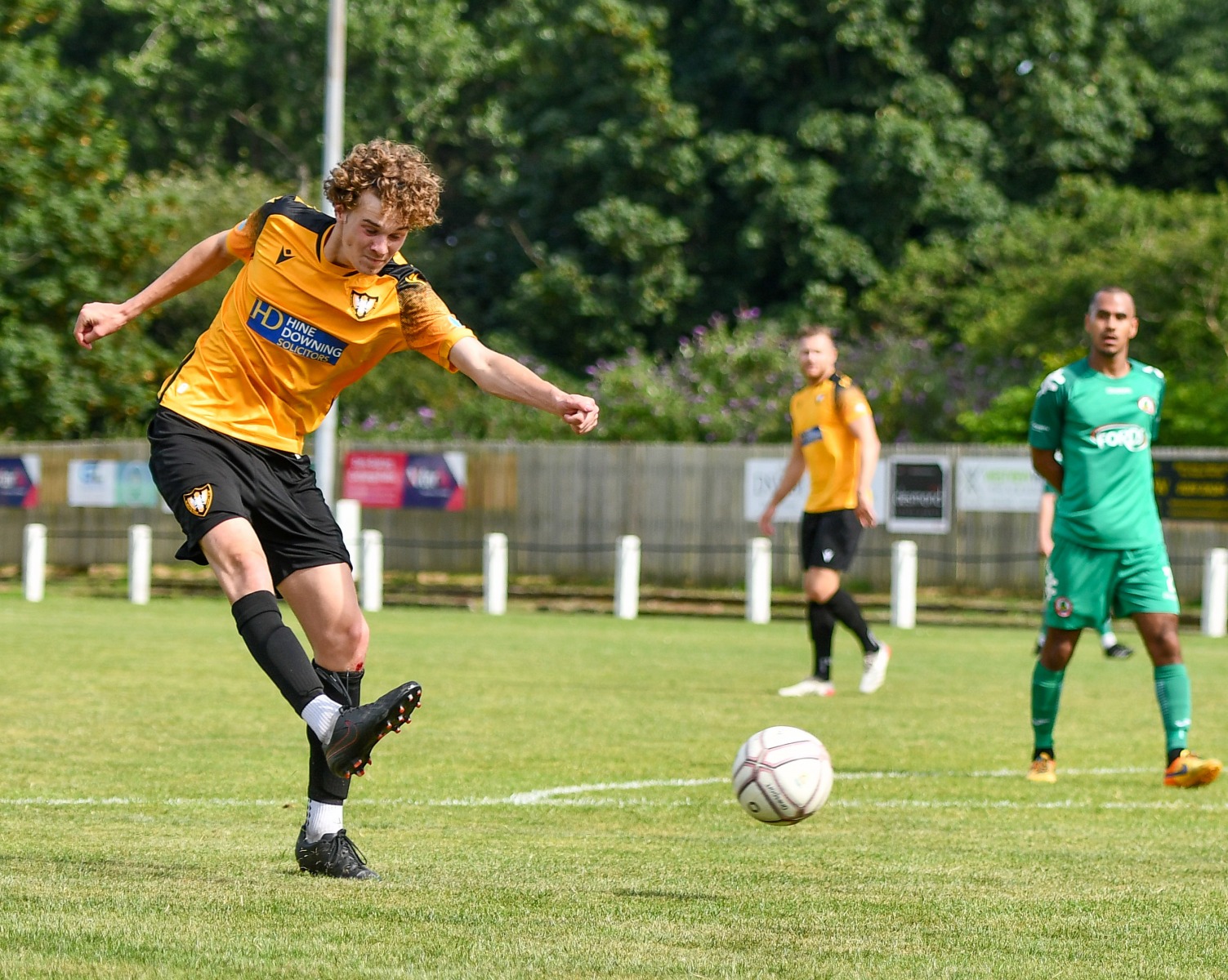 We are delighted to announce the signing of Cam Hutchison from Camelford.

Young midfielder Hutchison will join us in our first Western League campaign since 1983 following a successful 2021/22 season with Camelford, scoring ten goals – with two coming against Town – in 32 games as the Camels finished fourth in the South West Peninsula League Premier West.

Hutchison will already be known to several members of the F-Troop, having featured in our pre-season friendlies against Sidmouth Town and Willand Rovers at Bickland Park, setting up Jordan Annear for the second goal of our 2-0 win over the former.

He becomes our third new face at Bickland Park this summer, following in the footsteps of Kayden Gordon-Dunn and James Swan, who both signed from Truro City reserves last month.

“Playing [at Bickland Park] last season for Camelford gave me a bit of a taste of [the F-Troop], but being on the Falmouth side of it has been a bit of an eye-opener and I’m really looking forward to have them behind my back every week.”

On the prospect of playing Step 5 football, he added: “I always like to back myself, and, I think with the right people around me and getting some minutes in, I’m really excited to get involved with the Western League. Obviously there’s new grounds, travelling and new experiences and I’m really looking forward to it.”

Manager Andrew Westgarth added: “He gives us a completely different dynamic in that midfield and he has two great feet. We saw him a bit last year, he came down here [for Camelford] and he scored two goals against us so he’s got an eye for goal as well, and in the two games that he’s played for us [in pre-season] he was unfortunate not to get himself a goal. He definitely adds to the exciting bunch of new recruits we’ve got.

“I think it gives us great competition, and talking to the other [Western League] managers, from their experience they were saying that it’s quite a robust league and you’re going to need a squad and it’s quite relentless. One of our strengths last year in the SWPL was that we had a really, really good squad and we were able to change games, so hopefully with getting Cam in we’ve got that now. There’s going to be games where we’re light on numbers so the squad is going to be key.”