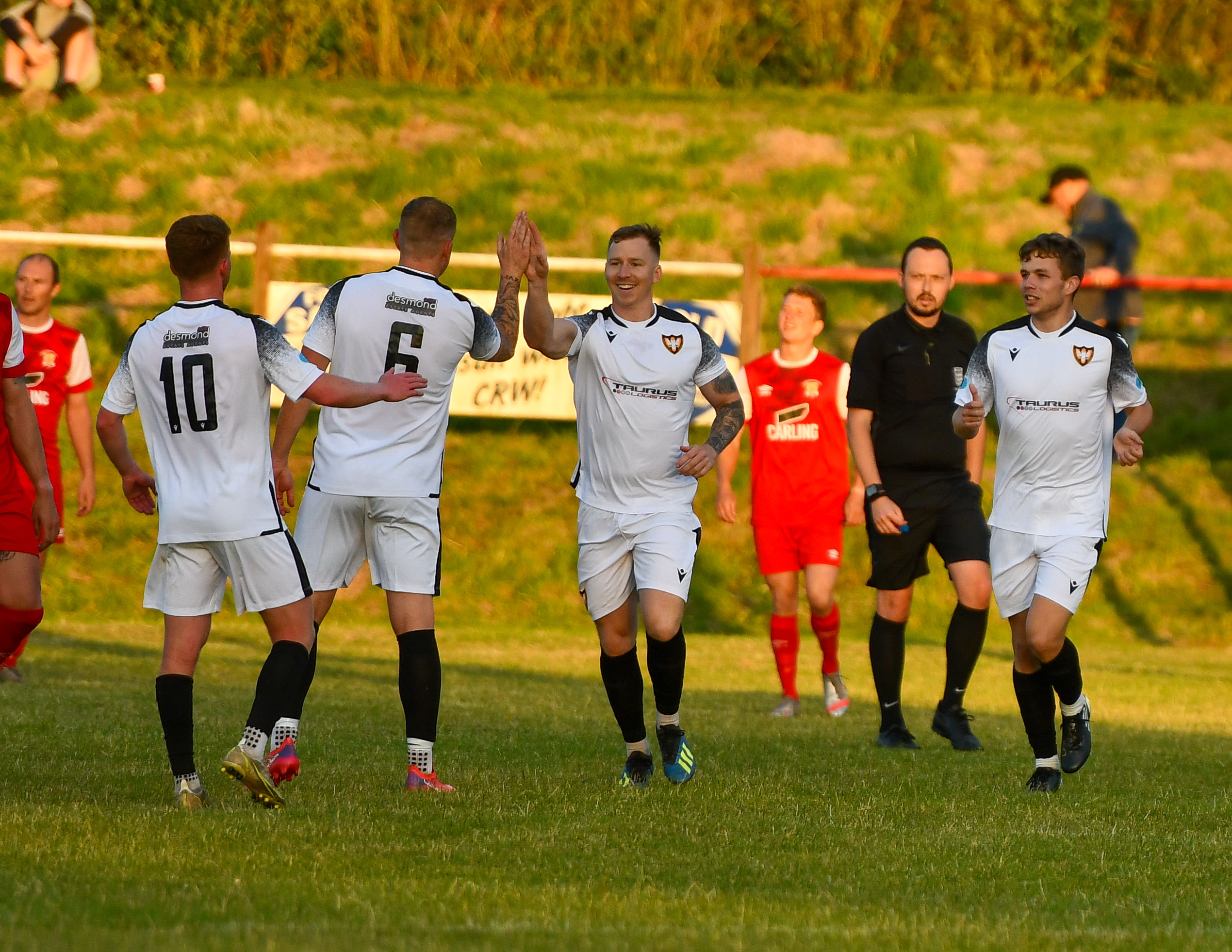 Jack Bray-Evans got the visitors off to a good start at Bodieve Park, converting from the spot after Charlie Edney was brought down in the box just after the 15-minute mark.

Luke Barner doubled the advantage not long after, with his low cross from the right evading everyone and creeping inside the far post as Town headed into the interval with a two-goal lead.

Jack Bowyer came off the bench on the hour for his first appearance of the summer and had his first goal barely a minute later, with his effort getting the better of Bridgers custodian Rob Rosevear.

It was Edney who completed the scoring with a fine individual goal 15 minutes from time, flicking a lofted pass over the advancing goalkeeper and defender before tucking it into the empty net.

“It was a different sort of challenge and we knew that,” Westgarth said at full-time. “Obviously the Tavistock and Truro games were a lot of time without the ball, whereas tonight was a lot of time with the ball.

“I thought for large spells we dominated the game, looked really good on the ball and a clean sheet is always pleasing.

“We tried a new formation out tonight and we got some good minutes for some players, so overall I’m really pleased.”

The match was another opportunity for Westgarth to experiment with his side, with Charlie Edney lining up alongside Jack Bray-Evans up top while Scott Kellow dropped back to form a central defensive trio with Tom Annear and Tom Moxham.

In the middle of the park, Barner linked up with James Swan and Jack Webber – with the youthful pair impressing throughout – while Luke Brabyn and Tim Nixon adopted wing-back roles on either flank.

“That’s why pre-season is what it is, isn’t it?” Westgarth said. “I think people read so much into [pre-season] results. People love to see upsets but when are you going to try these things?

“You have to try it in pre-season, so for us we looked at different formations and different positions. Barner didn’t play as high as he normally does, he played as an eight and looked really good on the ball.

“We went with two up front and have hardly done that at all, but we’ve got a weapon in Charlie and we’ve got goals in Bowsy [Bowyer] and Jack Bray-Evans so why not use them?”

The four goals on the night takes Town’s pre-season tally to five following Bray-Evans’ consolation strike in their 5-1 loss at home to Truro City on Saturday.

Westgarth was happy to see four of his forward players getting on the scoresheet and reserved extra praise for Edney, whose fine goal late on was just reward for his performance.

“I think we’ve carried on last year with the theme of sharing the goals around,” Westgarth said. “I thought Charlie Edney was brilliant for his goal and looked an absolute handful all game: he won the penalty, he had a header cleared off the line, had one over the bar – he was a constant menace.

“It was a typical striker’s goal: if you get in the right areas, you get goals. Bowsy does what he does and Jack Bray-Evans [likewise], so it’s really pleasing to get your forwards to score.”